The Australian Budget is set to be unveiled next Tuesday night, ahead of the federal election that must be held on or before 21 May 2022.

Analysis: Fiscal consolidation expected to be gradual. Election to be called in next few weeks, most likely for May 14th or 21st.

Chart 1: Economy has performed much better than expected than in MYEFO 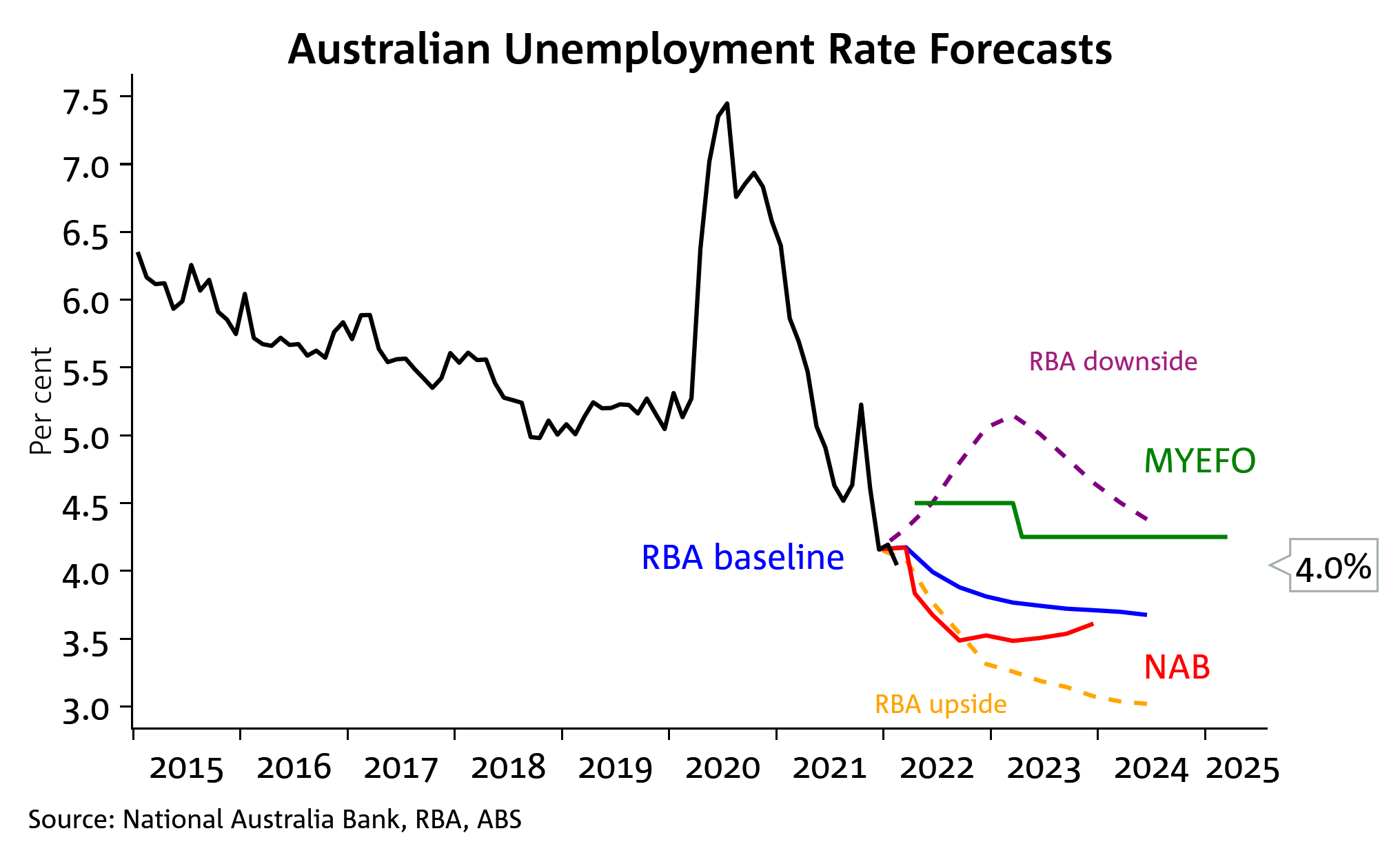