Going bush with the sharing economy

A sharing platform for agricultural equipment could see Aussie farmers spending less on machinery and earning a sideline income hiring out gear which would otherwise sit idle in the shed. Agri View reports. 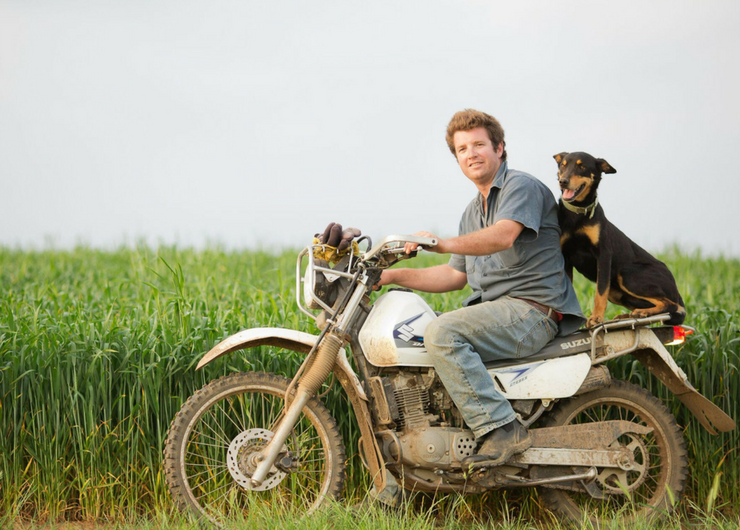 Launched in late 2015, Agtribe is the brainchild of Gen Y farmer Andrew Stevens, whose family has run a mixed grazing and cropping operation on 1600 hectares at Mangoplah, 30 kilometres south of Wagga Wagga, since the 1970s.

AgTribe allows farmers to list items, from trucks and tractors to livestock or fencing equipment, for wet or dry hire (with or without an operator). They can also post ‘Wanted’ ads for equipment they want to access, while agricultural contractors can advertise their services on the site, for an annual fee.

Payments are processed via PayPal. Agtribe is free for farmers to join and post ads but a hirer’s commission of between two and four per cent is likely to be introduced later this year.

The site currently has 300 members, most of whom hail from the Riverina region of NSW.

A graduate of the Marcus Oldham College in Geelong in 2009, Stevens took over the management of the family farm following a stint of jackerooing. In addition to its self-replacing flock of 4500 merino sheep, the enterprise plants around 400 hectares of canola and wheat each year including new phalaris/clover based pasture.

Totting up the capital needed to acquire big ticket equipment set Stevens thinking about ways to do things differently.

“We’re mixed farmers, which means you need quite a bit of machinery throughout the year,” he says.

“It’s very hard to justify buying every piece of equipment you want to use, so I decided to look into hiring and using contractors as options.

“I looked online but I couldn’t see anything there to help me find the machinery I needed to hire, although I knew it was out there, in other people’s sheds.

“Then Airbnb popped up and took the world by storm and I sort of thought, ‘Why hasn’t this been done with farm machinery? How would you go about it, to make it work?’

“So I decided I’d have a go at doing a website myself and that’s how Agtribe came about.”

Working with Finnish developer Sharetribe, which specialises in building online marketplaces, meant Stevens’ platform was up and running within weeks. Sharetribe charges a monthly fee to run the site – good value for a non-IT person, according to Stevens, who has invested around $10,000 in the enterprise.

Convincing the farming community to start using the platform en masse is taking a little longer. Chief among farmers’ initial concerns was the prospect of hirers damaging costly equipment and wrangling over the repair bill.

“Informal sharing and hiring over the fence does happen but, with machinery getting more expensive every year, a lot of people are reluctant to lend to people they don’t know,” Stevens says.

Agtribe has agreements in place which state who is responsible when something is damaged.  Damage insurance for the dry hire of heavy equipment can be the responsibility of the hirer and MACK has begun offering short-term policies on a case-by-case basis.

Using Agtribe to tap into the sharing economy has netted five figure savings for Stevens’ own farm.

“We already had a prime mover so at harvest time last year, rather than paying a contractor $15 a ton to haul our grain, I hired a semi-trailer for three weeks, at $1000 a week,” he says.

Hiring a sheep jetting race, a machine which sprays sheep for prevention of flystrike, and a silage grab, a tractor attachment used to shift silage bales without damaging their plastic wrapping, proved equally economical.

“You pay $15,000 for a new sheep jetting race but I was able to hire one for three days for $600. That meant we didn’t have to invest in a machine that would have been just sitting there for the rest of the year,” Stevens says.

“And the silage grabs sell for around $2000 – I only needed one for two days and was able to hire from a neighbour for $100 a day.

“You’re looking at a big freeing up of capital, which means more options for farmers. Machinery is expensive to buy and it depreciates – it can make a difference to your bottom line, being able to spend a couple of hundred bucks to hire something for a short period, instead of shelling out two or three grand or more to own it.

Stevens is using Facebook, Twitter and Instagram – as well as the old-fashioned bush telegraph – to build Agtribe’s profile and hopes 2017 will see more farmers embracing the sharing model.

“Everyone I talk to thinks it’s a good idea,” he says. “Now it’s really a matter of raising awareness – getting the word out there to people around the country who are willing to sign up.

“I’m excited by the challenge.”

Is crop diversity the future of Australian agriculture?