2018 has been a year of surprises. In the final podcast for the year, the team discuss the year that was and what to expect in 2019.

Williams was at pains to point out how good the economic data looked to the Fed this week, but also stressed the significance of the tweaks to the language in the Fed statement. In particular, he wanted his audience to know that saying the Fed ‘judges’ (that some further gradual increases in rates, etc…..) is not the same as saying the Fed ‘expects’. He also stressed the insertion of ‘some’ in front of ‘further’ and the addition to the statement of the sentence about monitoring global economic and financial developments.

As an exercise in damage limitation, Williams’ interview was an abject failure, the S&P falling by more than 3.5% after initially rallying by some 1.5% immediately following the interview.

On the bright side….. 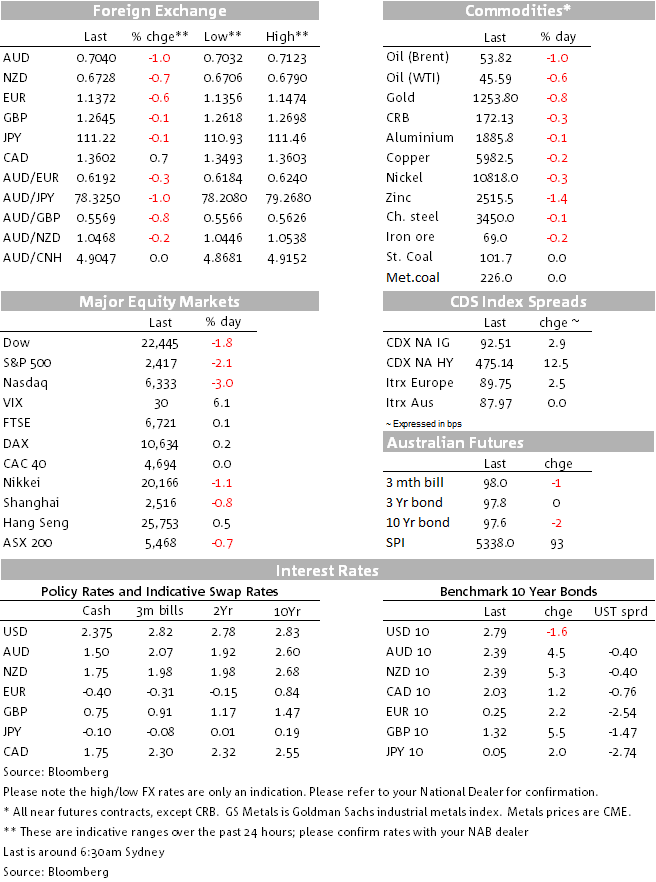 Markets Today will return to Business Research and Insights on Monday 7 January 2019.

We wish all our readers and listeners to the Podcast all the best for the festive season and the New Year.