Renewable energy the key to a greener economy

Growing interest from investors has underpinned the rapid development of the renewables sector, a key industry conference has been told. 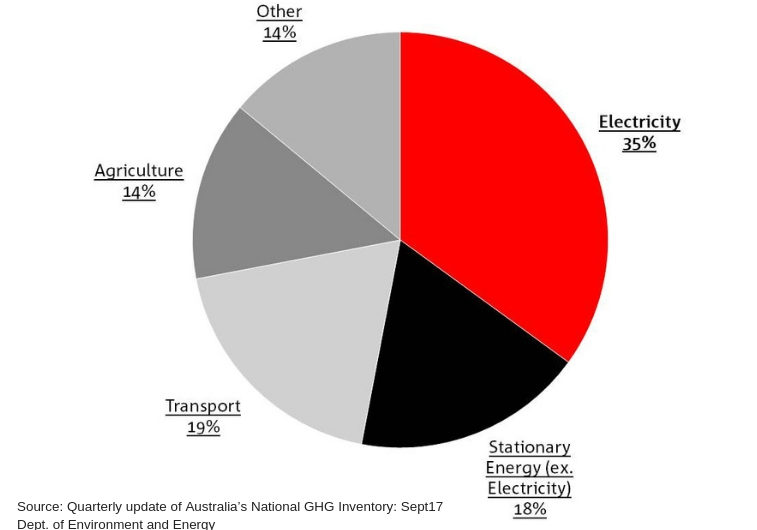 Decarbonising the electricity sector will be the quickest and most cost effective route to decarbonising across the Australian economy and ensuring the nation meets its commitments to the Paris climate accord.

“Electricity generation is responsible for about one-third of total carbon emissions in Australia and there’s a lot of debate around what the amount of carbon abatement should be in the electricity sector,” he said.

A considerable part of NAB’s power business over the past 15 years has been dedicated to renewable energy. Last year for the first time more than half the electricity generation being financed by NAB came from renewable sources, and that proportion has now risen to 65.1%.

We believe the financial sector has an important role to play in assisting the transition to a low carbon economy, through both the energy we purchase directly and through financing.

NAB was the first Australian bank to go carbon neutral, in 2010, and has committed A$7 billion of capital to renewable energy.

Data from the International Energy Agency shows that Australia’s heavy reliance on black and brown coal for power generation is the third-highest in their extensive sample set – behind Poland and Estonia. Australia also has an ageing fleet that will require further investment or be replaced in coming years.

Smith told the conference that wind and solar are cheaper than other new entry technologies that could replace traditional sources of power generation and hold the key to decarbonising the electricity sector.

Smith noted that the renewables sector has also been boosted by the growing investor base seeking to invest for purpose, looking for a societal return as well as a traditional financial return.

The financing panel at the All-Energy Australia conference heard that more than A$300 billion of investment is going into the renewable energy sector globally every year. In Australia, investment in wind and solar transactions has surged in recent years.

Both institutional and corporate investors are attracted to renewable energy projects for a variety of reasons, said KPMG Head of Clean Energy Dmitry Danilovich.

“We’ve seen very strong interest both from both Australian institutions and international infrastructure funds coming into the Australian market. One of the reasons we’re seeing such strong interest is the move to view the renewable energy sector as an alternative asset class,” Danilovich said.

He told the conference alternative investments can offer higher returns than in listed markets, while still providing annual yield and a level of certainty for investors.

These projects suit investors with a long time horizon, who are looking for large-scale investments, and income certainty. A growing proportion of institutions are also investing directly and developing capabilities in-house rather than going through infrastructure funds, particularly in Canada, Australia and Scandinavia.

In Australia, the project finance market is traditionally dominated by banks, and NAB has arranged close to A$30 billion of transactional volume over the past 15 years.

NAB has created several new green debt products that enable investors to tap into the market for renewable energy. Because many investors don’t have access to deal flow or the expertise to invest directly, NAB has packaged up a range of debt investments that provide the benefits of co-investing alongside NAB, and we’ll continue to look for new ways to enable investors to access this growing market.