The infrastructure opportunity for super funds 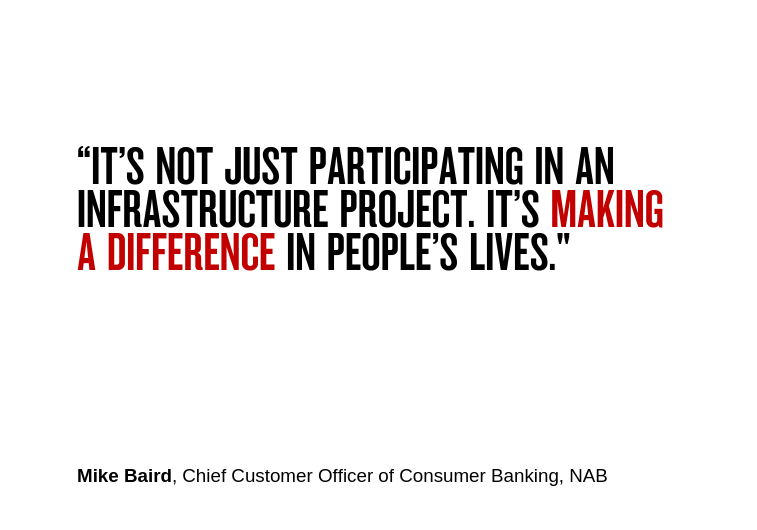 Speaking at the recent ASFA conference in Adelaide, Mr Baird said Australian super funds have unmatched capacity to invest in infrastructure projects that would not only create jobs and deliver investment returns, but provide long-term social benefit to communities, and facilitate broader economic growth.

As an example of how identifying opportunities and new ways to invest in infrastructure can transform communities, Mr Baird referenced NSW’s highly successful Asset Recycling Program which he led as Premier.

These proceeds, he explained, have been invested in new roads, rail, schools, and hospitals, including the Sydney Metro Rail project which will more than double the transport capacity – both rail and vehicles – across the Sydney Harbour Bridge, while the WestConnex project will shave 20 minutes off workers’ commutes to and from their jobs.

“It’s not just participating in an infrastructure project. It’s making a difference in people’s lives. I think that’s part of the story that I challenge you to think about and tell,” Mr Baird said.

The program has also helped drive the NSW economy, Mr Baird said, citing data showing that growth of NSW’s gross state product had climbed above the national rate of GDP growth since the program got underway. Likewise, employment growth was also stronger than the national average.

Mr Baird said there’s a real opportunity for superannuation funds to participate in infrastructure through increasing their debt allocations.

Australian funds are significantly underweight in their allocations of debt compared with other nations, he said. Funds in Japan and the US, for instance, allocate on average about 40% of their funds under management to fixed income assets.

In Australia, the figure is just 26%.

However, if Australian funds were to increase their fixed income allocation to US and Japanese levels, it would release as much as A$240 billion.

Further, Australian businesses are much more reliant on bank debt than in other jurisdictions. Banks make up over three-quarters of corporate credit in Australia, compared with about half in the UK and a quarter in the US.

“I think this is the opportunity,” Mr Baird said.

“Banks have challenges in terms of regulatory requirements and balance sheet pressures and the capital required. There’s an increasing opportunity for an aging population that’s looking for lower volatility instruments, and obviously debt is part of that.

“If you bring the two together, I think that’s very powerful. And so my argument and request to the industry would be to be very purposeful about this. Look for opportunities.”

Mr Baird said there are examples of fixed income allocations growth, and to tap in to the opportunity, funds will need to be more flexible and invest in capability.

“If we get it right, we have another story where funds are helping to build a stronger nation. You’re connected into industries and companies that are driving employment growth and providing additional capital in order to do that,” he told the audience.

Mr Baird quoted Larry Fink, the Founder and CEO of the US funds giant BlackRock, who said that, to prosper over time, every company must not only deliver financial performance but also show how it makes a positive contribution to society.

“This is the challenge for the financial sector,” Mr Baird said.

“I’ll put some of the challenges out there. I think one is that homeowners are trying to get their first houses and struggling with housing market affordability. What is it that we collectively do to make our contribution to that broader social challenge? Whether it be investing or supporting the transition of the economy from an energy point of view,” he asked.

“What is it that you think you want to contribute to help make a stronger nation? It’s not just waiting for the product to emerge. My strong urging to the financial sector is to proactively look for it. Bring people together and look at how can we collectively tackle some of the most significant social challenges and make a difference to the nation.”