How possible is it really to retire early?

They’ve been caricatured as avocado-toast-eating spendthrifts but it turns out plenty of young Australians are ambitious savers and well-informed investors. In fact, we could learn a thing or two from their lifestyle choices.

Though it’s been around for years – centuries, even – the idea of FIRE (Financial Independence, Retire Early) only really started attracting mainstream attention in 2018. Like many before them, FIRE followers have one simple aspiration – drop out of the daily grind.

So, what exactly is FIRE? It’s a philosophy – if you manage to save a large percentage of your income for 10-15 years, and invest those savings wisely, you’ll be able to quit your job and pursue your dreams while surviving on passive income streams.

The movement has attracted its share of critics. These critics typically argue that while keeping-up-with-the-Joneses consumerism can be unfulfilling, extreme frugality (both while saving up and then when trying to live solely off your investments for half a century) isn’t much fun either.

Negatives aside, there’s got to be something in it, so what can young and not-so-young Australians learn from these FIREys?

1. Sacrificing consumption now for the future

The spiritual godmother of FIRE is American Vicki Robin. She popularised the concept of calculating the ‘hours of life energy’ every purchase involves. For example, Robin would suggest someone earning $50,000 and contemplating buying a $25,000 car ask themselves if it’s worth trading six months of their life for the vehicle. Her point isn’t that people should never buy anything, but that buying a $5,000 car and investing the other $20,000 might result in more happiness (not to mention the ability to buy a $50,000 car) over the longer term.

No one is suggesting that Australians should be putting aside 70 per cent of their income. But, even in an era of flat wage growth, many of us could save a little more, maybe 7-8 per cent (the average household net saving rate is currently about 2 per cent).

The FIRE movement didn’t come out of nowhere. Many FIREys have known nothing but a casualised labour market. They may also have seen a parent face the distress of redundancy after decades of loyal service to an employer. Rightly or wrongly, many younger people believe governments are more concerned with keeping baby boomer voters happy than helping succeeding generations.

While this isn’t a cheerful worldview, it does have the advantage of promoting a self-reliant outlook.

With a wave of automation bearing down on industries such as finance, accounting and law, retail and transportation, and with governments needing to provide pensions and healthcare to growing numbers of retired boomers, it’s entirely logical that generations X, Y and Z should be thinking hard about ways to secure their financial future. Which brings me to the last point…

3. Your money should be working hard for you

There are two elements to making the early retirement dream work: rapidly amassing a large pool of capital and getting an attractive return on that capital.

Go to one of the many FIRE blogs or Reddit threads and you’ll see twentysomethings debating the pros and cons of mutual index funds and variable leverage strategies with an astonishing degree of expertise.

Most people don’t need to go to the extremes the FIREys do. But just imagine how many more Australians could escape living pay cheque to pay cheque if they took the time to understand the basics of how the stock market works early in their working lives.

(A recent NAB/Centre for Social Impact report found one in three Australians were only two missed pay cheques away from serious financial stress. A recent Household, Income and Labour Dynamics in Australia (HILDA) Survey, meanwhile, found half of all Australians weren’t financially literate enough to, for example, work out how much interest they would earn in a year on $100 placed in an account paying 2 per cent interest.)


Whether or not you personally believe in it or think it’s achievable, the FIRE philosophy raises several interesting questions. What proportion of income should go to savings or investments? Is more money all about more spending? What is the role of ‘working’ in making money, versus different ways of investing your way to wealth?

And finally, can small investments today become significant passive income streams in the years to come?

Private bankers spend a lot of their time brainstorming with clients to work out how those clients can achieve financial independence at a future date. For some clients that date is retirement age. For others it’s their mid-fifties, mid-forties or even mid-thirties.

If the idea of building up a share or property portfolio large enough to remove the need for a pay cheque appeals, you might want to learn more about the strategies used by FIREys. Then have a chat with your private banker about which of those strategies could work well for you. 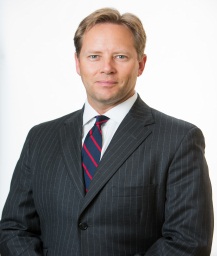 One of Australia’s leading bankers and a keen advocate of private banking, Jason Murray took on the role of Customer Executive of NAB Private in July 2018, following four years as General Manager of NAB Private North. Prior to this, Murray spent nearly two decades in senior executive roles in finance and investment banking in Australia and overseas. He is a qualified Chartered Accountant.

Insights into habits of the wealthy

Putting protection at the centre of your wealth strategy

Growth is key in a low-yield environment. But it’s also vital to protect the wealth you’ve spent years building.

The surge in responsible investing

Why it might be time for you to put your portfolio under the ESG microscope.