Australia’s population growth is expected to slow sharply over the next two years, primarily due to net migration given closed international borders.

Charts of the week:

Chart 1: Population to be 1.6m smaller than previously projected 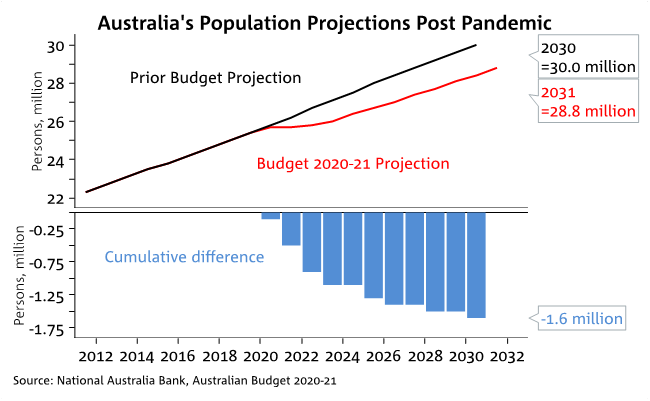 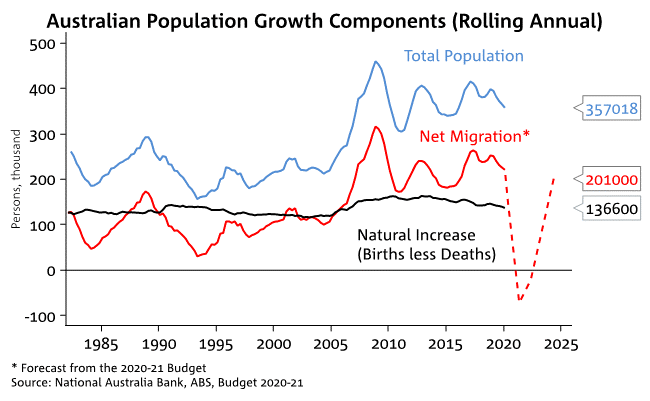