AMW: The labour market and the outlook for wages

Wages likely to pick up despite NAIRU uncertainty. The RBA’s latest ‘best guess’ of the NAIRU is 4%.

Analysis: The labour market and the outlook for wages

Chart 1: Wages likely to pick up despite NAIRU uncertainty 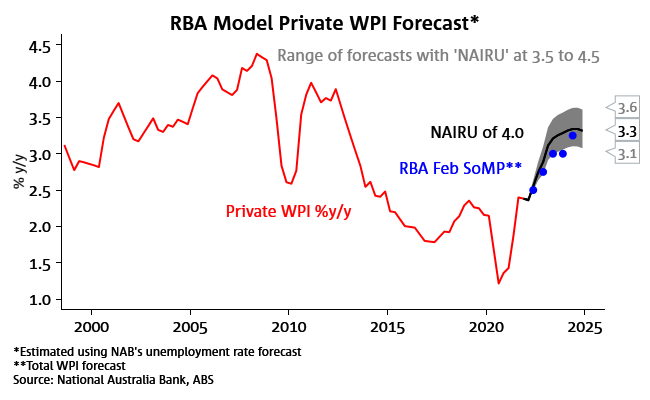