Looking to the future: Sydney accounting firm’s path to success

How diversification and expansion have paid off for CAAA… and the lessons that can help you grow your own practice. 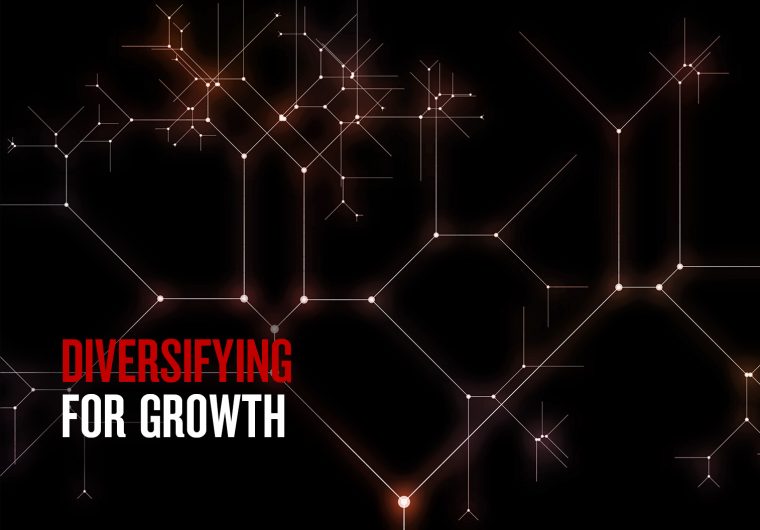 Diversification is the word on the accounting industry’s lips right now. And when it comes to putting that into action, Sydney-based firm Commercial Associates, Accountants, Auditors and Advisors (CAAA) is a poster child for its benefits.

CAAA started life in the 1970s as Pellarini Partners, a small suburban accountancy practice offering general accountancy services to small and medium businesses. Today, it’s one of Australia’s top 100 accounting firms with a workforce of 60-plus and a diverse service offering.

Stojanovski joined the firm in 2000 at the invitation of then-owner Paul Pellarini. In 2005, Stojanovski developed the CAAA brand, became a full equity director and began the process of growing the new business. “We brought it to life from day one with a bold [mergers and acquisition] strategy,” he says. In all, CAAA has acquired five accounting firms and a financial planning practice.

It’s clear there’s a strong demand for accounting services. According to IBISWorld research, revenue in the accounting profession in Australia grew 15.2 per cent between 2010-11 and 2018-19. And while most firms – 89.7 per cent, according to CPA Australia’s MY FIRM. MY FUTURE. report – currently focus on taxation services, the same 2019 report found that 34.5 per cent of consumers and 30.7 per cent of SMEs expect to need more services from their accountants over the next five years, with the biggest demand for business advisory, credit and mortgage broking services.

A 2018 report from NAB Professional Services, Key Insights into the Australian Accounting Industry, identified further prospects for diversification. “Accountants might potentially offer a broader range of services to capture a bigger share of the professional services market. In particular, these could include: legal services, technology and IT services, insurance broking, leasing, and insurance and property advice,” it states.

CAAA has made it its mission to respond to this demand – since 2008, the firm has added financial planning, audit and assurance, business services, business finance, risk management and specialist Asia-Pacific divisions to its business. In 2012, it opened a Parramatta office to better serve its western Sydney client base, and has since opened a Penrith office.

Most recently, CAAA has launched a commercial concierge service that takes a holistic approach to accounting, rather than offering discrete service lines. “We’re more than happy to do someone’s tax return,” says Stojanovski, “but only if we understand their complete commercial picture.”

Stojanovski had intended CAAA to operate under this holistic model from its inception, but it took time to acquire the skills and resources necessary to successfully realise his vision. “We always knew we needed to have service lines that were robust and capable,” he says. “Diversification has enabled us to fulfill that ambition.”

Stojanovski says this program of “horizontal diversification” has been key to CAAA’s growth. “The old concept of not having your eggs in one basket rings true. It is a hedge against economic changes and changes in client demand. It helps moderate your single business risk.”

Diversification can also help a firm use its resources more effectively and “manage industry risk while fulfilling strategic goals”, he adds.

Of course, it’s important not to overstretch yourself. “There is always the chance that you might be caught short with a lack of resources,” Stojanovski says. “You might bite off more than you can chew and realise you don’t have the expertise to do something.” You also need to adapt to the fact that you’re going to be a little less nimble. “It’s harder to respond quickly the more branches you have,” Stojanovski points out.

Careful preparation is also required to ensure that any new investments and projects align with your existing business. It’s a lesson Stojanovski learnt when CAAA acquired a business coaching franchise. He soon identified a large gap in the way CAAA and the franchise operated, the franchise being a lot more forthright in its approach to marketing and sales.

Ultimately, his firm lost thousands of dollars in the process.

It was a hard-learned lesson about the importance of strategic alignment and the dangers of misplaced trust.

Stojanovski believes there are many opportunities for diversification in the accounting and finance sector. The challenge for firms is to pursue a path that is both lucrative and sustainable. “The question one should ask before diversifying is what type of diversification is realistic given the structure and size of a particular business?” he says.

A firm’s size and resources will dictate what avenues for diversification it should pursue. “Not everybody is in the position to start an audit division or a finance business,” says Stojanovski. A micro-firm – one that turns over between $50,000 and $200,000 – should explore opportunities for growth “where the skillset already exists”.

A good example is bookkeeping, which Stojanovski says is “now a profitable sideline for most firms” thanks to advances in technology that have seen more than half of Australian SMEs now use some type of cloud computing.

“Even the smallest firm can look at diversifying into a bookkeeping service, which naturally leads into doing a remote CFO service,” Stojanovski says. “It requires zero investment. There’s probably zero chance of there being a strategic misalignment with what they’re trying to do big picture. It’s the low-hanging fruit of diversification.”

Stojanovski believes that all firms should seriously consider a shift to an advisory model, a key theme identified in the MY FIRM. MY FUTURE. report. While the return on simple tax preparation services is increasingly low in an age of automation and offshoring, Stojanovski sees an opportunity in offering these services in a bundle to capture vital data that can then be used to advise the client on financial planning and strategy.

New ventures may require investment in technology as well as recruitment, and incur costs across licensing, training, implementation and management. Often the “dollars and cents” investment is low, says Stojanovski. When CAAA launched its commercial finance business in 2019, the initial outlay included course fees for the CEO’s mandatory qualification, as well as fees for licensing and registration.

“The largest cost is the opportunity cost of doing something else if it doesn’t work,” he says.