As we headed into the US employment reports, equities, bond yields, and the US Dollar were all modestly drifting lower. On the release, the positive headlines of strong payrolls growth and lower initially saw those shoot higher, before more than fully retracing those moves.

As we headed into the US employment reports, equities, bond yields, and the US Dollar were all modestly drifting lower. On the release, the positive headlines of strong payrolls growth and lower initially saw those shoot higher, before more than fully retracing those moves. The softer wages picture won the day, with bond yields and the USD closing significantly lower. A late-session drop in oil futures helped equities and bond yields lower. Overall, risk sentiment remained poor.

The headline numbers in the US employment reports were strong. The US economy added 252k jobs in December, better than the 240k expected, and an additional 50k of upward revisions to October and November to boot. The unemployment rate fell faster than expected, from 5.8% to 5.6%, though this was partly helped by a fall in participation. The broader U-6 measure of unemployment also fell by 0.2ppts to 11.2%.

However, a soft result in wage growth attracted the most focus. Average hourly earnings fell by 0.2% m/m in December, against expectations for a 0.2% rise. That, and downward revisions to previous months meant that the annual pace of wage growth was just 1.7% y/y, not the 2.2% expected. This outcome will fuel the debate on whether the Fed will trust the usual relationship between (falling) unemployment and (rising) wages to eventually bear fruit, or sit on its hands until it sees some real wage pressures. We subscribe to the former view, and pick the first Fed Funds Rate hike in June.

The upshot of investor focus on the wage story meant that the USD was sold while bond yields and equity indices fell. Risk sentiment remains rather fragile, as oil prices saw yet another stumble late in the New York session. Brent crude oil closed 1.7% lower for the day. The S&P 500 finished 0.8% lower, the Euro Stoxx 50 2.9% lower, and the safe-haven bid JPY closed 1.0% stronger. US Treasury bond yields fell across the curve, with the 10-year lower by 7bps to 1.95%.

The EUR managed to rally despite a Bloomberg report noting that ECB Governing Council members had been presented with options for possible quantitative easing of up to €500b in size. If provide accurate, that would likely surprise the market, as ECB President Draghi has been touting a €1t increase to take the balance sheet back to its 2011 levels. EUR/USD closed 0.4% stronger at 1.1840.

The AUD’s performance comes as a little bit of a surprise, especially considering that metals prices fell on Friday night. Iron ore prices were down by 0.3%, while the London Metals Exchange Index was off by 0.5%. Perhaps investors are beginning to unwind (at least in the short term) the extremely negative sentiment that has been priced into AUD since December.

This week’s highlights include the Australian employment report (Thu), and a swathe of US releases, including retail sales (Wed), Philly Fed (Thu), and U Mich. consumer confidence (Fri).

Today, it is very quiet. Locally, we have home loan data, where the market is expecting a 1.7% m/m gain in November. Of course, the RBA and APRA will be closely watching the investment lending component. Otherwise, there are no other releases of note, except the Fed’s Lockhart, who is speaking about the US economy in the early hours of tomorrow morning. 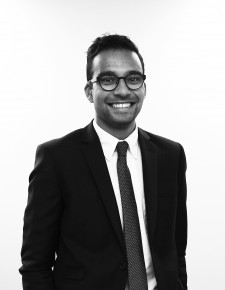 Raiko is a member of National Australia Bank’s Global FX Strategy team, which covers currency markets with a focus on the G10 currencies. He is based in Wellington at the Bank of New Zealand, where he serves as currency strategist, producing analysis that informs the NZD view.

Raiko joined BNZ in 2014 from the Reserve Bank of New Zealand, where he was part of the financial markets research team. He provided advice for monetary policy, and covered a range of asset classes, including foreign exchange and fixed income markets.

Raiko holds an Honours degree in Economics from Victoria University of Wellington.

Today's Market Update: Much ado about nothing

The signals to watch to see if central banks are right or wrong.

US equities dipped a little overnight, pulling back from record highs.