The aged care sector arrives at a tipping point

Could the aged care sector’s problems be drawing to a close, paving the way for consolidation and more capital investment?

In mid-2018, John McCarthy, NAB’s Head of Corporate Health, argued the Australian aged care sector was set to bounce back. While conceding the sector is in a transitional period, he still sees better times ahead.

In an article titled ‘Good times coming for the aged-care sector’ published in mid-2018, John McCarthy, NAB’s Head of Corporate Health, argued things would soon look up. A year on, close to half of all operators are still struggling to turn a profit. All have been affected by the Royal Commission into Aged Care Quality and Safety, announced shortly after McCarthy’s article was published.

The aged care sector may soon get more funding

“The gap between the funding operators receive and the costs they have to cover will further increase following the introduction of more stringent, but necessary, quality standards on July 1,” McCarthy says.

“I am hopeful that the Royal Commissioners will provide greater clarity around things like staffing requirements and care hours per resident. Then they’ll make the argument that the necessary funding is required if Australia is going to have a sustainable aged care sector.”

In short, McCarthy believes politicians and government will be able to use the commissioners’ argument around funding as a means to introduce necessary reform. “Operators have long argued, and several industry reviews have stated, the only feasible way to fund quality aged care is to have residents pay more,” he says.

“As noted in the 2016 Aged Care Roadmap, the Federal Government needs to be proactive and think about how they can play a role in enabling residents to contribute more. With a significant amount of wealth tied up in property assets, residents need to be provided solutions as to how to access this equity without having to sell the family home.”

Current investment is holding up

Investment in the sector has continued, McCarthy says, albeit at a diminished rate to other years.

“Admittedly, a number of industry players are waiting to see, first, what impact the new quality standards will have and, second, what will come out of the Royal Commission. As a result, merger and acquisition activity is sluggish, but smart operators aren’t letting attractive opportunities pass them by.”

Certainly, McCarthy expects to see an uptick in the next 12 to 24 months.

“There’ll be an increase in merger and acquisition activity once the dust settles. This will drive industry consolidation. That will result in economies of scale and reduced costs.”

Investment in the field has been taking place, he adds, just without a spotlight on it.

“A lot of the big players spent up big on refurbishments four or five years ago,” McCarthy notes. “Operators have continued to invest since then. There are lots of them continuing to make capital investments and develop greenfield and brownfield sites right now.”

While he sees consolidation as both inevitable and beneficial, McCarthy argues the aged care sector will never be dominated by a handful of organisations.

“The religion-affiliated not-for-profits, who account for over 50 per cent of the market, are well-positioned,” he notes. “They’ve spent a lot of money upgrading their facilities, typically have good reputations and are usually large landholders, meaning they don’t have trouble accessing capital.”

McCarthy predicts that while plenty of smaller players will sell up, many won’t. “There will continue to be lots of family-owned operators. These tend to be well-run, cost-efficient businesses with a deep understanding of the market niche they service.”

So where does that leave those operators with the largest market share?

“They will continue to grow,” McCarthy says. “But I don’t see, for example, two or three operators ever dominating the market in a way that stifles genuine competition. Relative to many other industries, the big players don’t control that much of the market and I don’t see their market share increasing dramatically anytime soon. I suspect it’s the mid-sized players, looking to build scale, that will be interested in snapping up other businesses when the market heats up again.”

NAB is ready when operators are

McCarthy notes that NAB continues to support aged care operators’ expansion plans during the sector’s current challenging times and is looking forward to doing so into the future in a more stable environment.

“NAB has been one of the biggest providers of capital to the aged care sector for many years,” he says. “If it is to meet demand, the sector will need a large capital injection. NAB, possibly in partnership with super funds and private equity firms, is eager to provide that capital. Things feel slower at the moment, but NAB is more than ready to back operators when they decide the time is right to start investing again.” 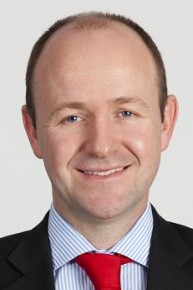 John McCarthy is the Head of Corporate Health at NAB having been appointed in December 2015 and is based in Sydney. John has 15 years’ experience in the financial services industry having originally qualified as a chartered accountant with Deloitte in Ireland. He has been working within NAB’s Health business for close to 5 years, having originally joined as the Regional Executive for South Australia in 2013. It is here that he developed his strong passion for the role NAB plays in the Health industry. Prior to NAB he worked with Allied Irish Banks in Dublin, where he gained exposure to acquisition and project financing.