Adaptation finance: is the investing climate about to change?

It’s among the top three challenges facing us all according to the World Economic Forum – climate change adaptation. But there are challenges to financing such investments in Australia. How can we ensure critical infrastructure is resilient for a changing climate, integrating physical risk into investment practices? 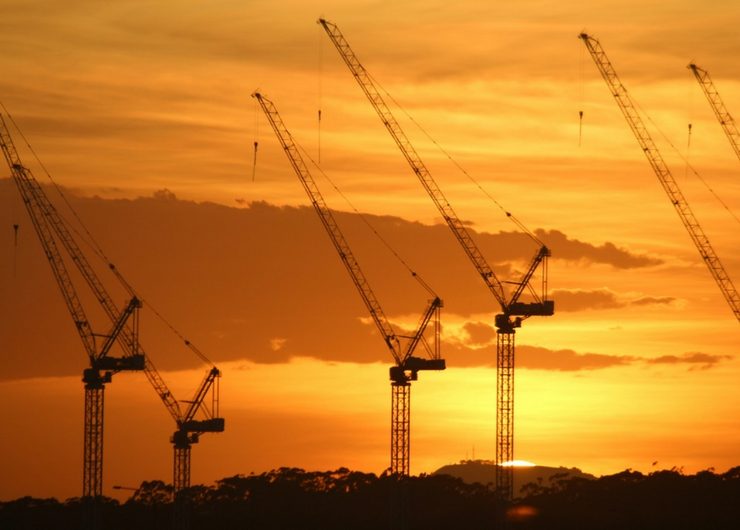 Worldwide economic trends, population growth and global emissions all mean it’s extremely unlikely our planet will remain below the 2ºC threshold set out in the Paris Agreement. Infrastructure assets around the world must therefore take this increasingly bleak outlook into account at an earlier stage of development.

Indeed, it’s estimated almost two thirds of the projected increase in losses due to climate change could be averted cost effectively through adaptation investment.

Australia has reached a stage in its cycle whereby aging infrastructure is coming to the end of its life and needs either significant refurbishment or replacement. According to NAB’s Head of Sustainability, Governance and Risk, Rosemary Bissett, institutional investors need to think long-term. “Given the increased frequency and severity of extreme weather events in Australia, finance providers and developers need to factor in adaptation when big assets and infrastructure pieces turn over. Trying to retrofit something later can be really expensive,” she says.

There’s a serious shortfall in these kinds of investments, however. The cost of adapting to climate change in developing countries could rise to between US$280 and US$500 billion per year by 2050, a figure that’s around five times greater than previous estimates, according to a recent United Nations Environment (UNEP) report. As the competition for financial backing grows stronger, investors are demanding greater transparency about the environmental, social and governance (ESG) performance of real asset portfolios.

GRESB is one company providing investors with ESG data to determine how sustainable an investment may prove to be, and a recent survey it carried out proved revealing. While most institutional investors are using ESG data to make more informed decisions, only 35 per cent are setting specific targets around these three areas. GRESB’s Head of APAC Reuben Langbroek says environmental issues still aren’t front of mind. “Investment managers are focused on more tangible risks such as contamination at the asset level, health and safety, and regulatory risks.”

Factoring in social and financial considerations, natural disasters cost Australia $9 billion in 2015, a figure forecast to rise to $33 billion a year by 2050. Desalination plants in Victoria and New South Wales are a good example of adaptation – a state identifies a particular need based on climate data analytics and seeks finance to make it happen.

However, beyond drought-proofing schemes such as these, the number of adaptation projects available to fund domestically is relatively limited. This is largely because in many cases adaptation investment is effectively taking place but it isn’t recognised or identified as such. According to NAB’s Executive General Manager of Corporate Finance, Steve Lambert, it’s simply recorded as business as usual: “There’s a lot of adaptation finance, particularly in the private sector, landing at the corporate level. But it isn’t broken out separately, so it’s not captured in any of these models or systems.”

A key challenge lies in the lack of measurement frameworks and local geographical climate data to help inform infrastructure planning and investment decision-making. This inevitably puts constraints on portfolio analysis of climate impact. “Trying to get micro-level data overlaid onto the big portfolios is really difficult,” Lambert says. “That’s an area where I think there is a gap domestically. The cost of trying to do that analysis, even in a region, is very expensive.”

If Australia is going to take a 21st-century approach to adaptation, it needs to tackle it more holistically, according to Kate Bromley, Head of Responsible Investment at QIC. “Given the complexity of the task and translating that very high-level climate data into something practical and actionable, we feel greater shared information around climate modelling would be incredibly beneficial,” she says.

There seems to be little information flow in this regard coming from the government to the private sector, however. “I think that’s where it starts for us,” says Lambert. “To really be able to advise our clients around the adaptation opportunities, you need that data.” The data also needs to be open source, adds NAB’s Bissett. “Everyone needs access to the same information, leading to consistent decision-making.”

Collaboration is clearly the only way forward in an investment space still in its formative years. QIC engages at board level with investee companies so it can understand how adaptation risk is being factored in. Meanwhile, NAB is working with NGOs and universities to develop adaptation financing solutions and share ideas.

David Jenkins, a Director in Corporate Finance at NAB, says it’s a transition. “We have to get from where we are to where we need to be and it’s going to happen gradually. It’s going to take increased collaboration across both public and private sectors, innovation and new models to leverage government funding or policy incentives to catalyse adaptation investment, to catalyse people to really make change.”

It’s a view echoed by QIC’s Bromley: “Continued dialogue between government and industry, as well as collaborative dialogue between investors, is absolutely key. It’s a complex issue and being able to think about it holistically with other stakeholders goes a long way to addressing the questions we all have.”

Australia has plenty of experience in adapting to the harsh realities of its environment. Given our geography, landscape and seasonal conditions, there’s every incentive to become a world leader in this space.

Affordable housing insights from the UK