With the help of some big thinking and timely funding, Port of Melbourne has gone from strength to strength as they meet the needs of a growing Australian economy. 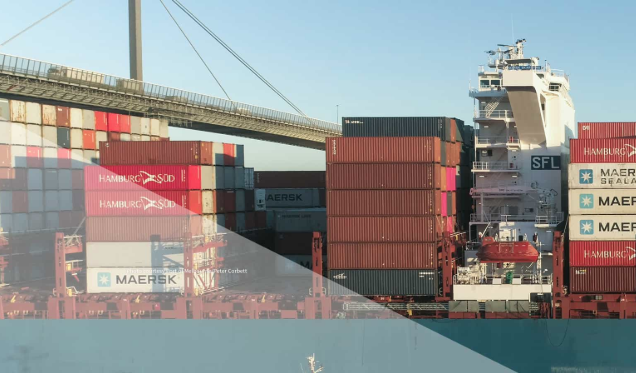 Port of Melbourne had a big idea: to become Australia’s most connected port by 2050.

It’s with good reason. As a listed critical infrastructure asset and the country’s largest container, automotive and general cargo port, responsible for the ongoing maintenance and development of 52 kilometres of shipping channels, it’s imperative the port meets the demands of a rapidly growing Victoria, strengthening Australia’s physical and economic connectivity.

“Big ideas are about thinking about the future – for this port it’s the next 50 years, how we cater for trade,” says Port of Melbourne CEO Brendan Bourke.

The port’s location in central Melbourne is a major contributor to the city, being the preferred location for national distribution centres. “We play an integral role in Victoria’s economic growth and prosperity,” Bourke explains, “with benefits and opportunities extending across Australia.”

Indeed, the port’s facilities and transport connections also make it a vital freight hub for southern New South Wales, South Australia and Tasmania. Studies from 2018 show that the port’s trade has generated total economic benefits of $7.5 billion to the Australian economy.

The manufacturing, retail, food, agriculture and mining industries all heavily rely on the port and its transport connections. Not only does the port provide ready access to commercial vessels – its 30 commercial berths and wharves were occupied by 3,200 commercial vessel dockings in 2018 alone – it ensures that cargo is efficiently handled and that freight is easily transported on land, reducing the cost of doing business.

“We are also a major source of employment,” the CEO adds, pointing to 2018 data reporting that the port’s supply chain supports 30,000 full-time equivalent jobs in Australia, one third of which are directly related to port services.

Growing Port of Melbourne’s total volume of container trade from 3 million TEU (twenty-foot equivalent units) in 2018 to about 8.9 million TEU’s by 2050 not only requires big thinking but a significant source of capital.

To this end, Port of Melbourne has gone to considerable lengths to secure its funding needs, successfully transitioning from an acquisition finance facility to an investment-grade, long-term capital structure.

“Part of our big idea [was] how we bulletproof this business around our debt pool,” Port of Melbourne CFO Darryl Mutzelburg says. “We’ve taken on a lot of debt as part of the privatisation process. Our challenge was to refinance that debt into multiple long-term maturities as quickly as we could.”

As a business with long-lived assets and long-term prospects, matching funding to asset life has been a strategic financing priority.

This calls for a reliable and stable investor pool. As such, Port of Melbourne has been busy establishing its credit in the bank debt market, Australian medium-term note (MTN) market and US private placement (USPP) market, where it can be assured of a good match across the markets in terms of pricing, tenor and capacity, together with a deep understanding of infrastructure credit.

The USPP market is particularly noteworthy for such benefits. “The volume/tenor/pricing available is unique to the USPP market,” says Mutzelburg. “In addition, the investor base tends to develop long-term relationships with an issuer and invest through cycles.”

NAB has supported Port of Melbourne’s efforts for many years, including its period under government ownership. However, with the port’s privatisation in 2016, NAB’s role shifted from primarily transactional to one that supported the port’s funding and risk-management needs as well.

“NAB was a lead bank in structuring and funding the acquisition facility for the privatisation of the port,” NAB Director, Energy & Utilities, Global Institutional Banking, Jeremy Bostock explains. “We’ve remained a lead relationship bank to the port from that point onwards, the relationship evolving into helping them access alternative pools of liquidity, source funding from global investors and manage risks appropriately.”

NAB has a long history of supporting the infrastructure class more generally. “They know our business very well and they know the industry very well,” Port of Melbourne CEO Bourke says. “That knowledge … means that they’re well suited to servicing our requirements going forward.”

NAB’s expertise was brought to bear on the terms of the acquisition and the execution of what were very large financing facilities, Bostock explains. “It was also a matter of tapping into NAB’s distribution capabilities to reach global investors.”

Looking to the US

Port of Melbourne credits much of its financing success to the stable infrastructure nature of the business. It also points out that the business has transitioned well from government to private ownership.

One of the port’s most notable recent deals was the successful tapping of the USPP market for A$850 million in April. Port of Melbourne’s financing arm, Lonsdale Finance, issued the senior secured notes in 12-, 15- and 20-year tranches, denominated in US and Australian dollars. Robust investor demand saw the transaction oversubscribed multiple times. As Mutzelburg notes: “We ended up doing a deal much larger than we expected.”

Says Chang: “The appeal of that market is that it delivers long tenor, which clearly matches the infrastructure-style assets of the Port of Melbourne. It’s also a very deep market and provides a higher level of execution certainty in volatile markets. It also offers delayed drawdown facilities, which helps Port of Melbourne manage its maturities.”

The company also benefited from the fact it delivered direct Australian dollar funding. “It means they don’t have to utilise cross-currency swap limits with the banks,” Chang explains. “Increasingly, there are investors in that market that are willing to offer Aussie dollars in order to differentiate their bid.”

The investors were predominantly US life companies that hold similarly long-dated assets. Observes Chang: “They love ports, airports, critical infrastructure, and so they price those credits very well. At the time of the port’s issuance, that market had been consistently the most attractive from a pricing perspective vis-a-vis other bond options.”

She adds: “It was very impressive how the Port implemented its funding strategy – terming out more than $3.0b of bank debt across three deals in an 18-month period to take advantage of constructive markets and strong demand.”

The USPP market is a natural fit for NAB too. “We’ve had our standalone private placement franchise for more than 10 years, and a core part of what we do in that market is delivering those outcomes to our infrastructure and other issuers,” Chang says.

Indeed, it’s NAB’s long-term approach – its commitment to developing and supporting long-term relationships – that means it’s ideally positioned to help Port of Melbourne with its big idea of becoming Australia’s most connected port by 2050.

The relationship between Port of Melbourne and NAB also benefits from another aspect, however. As Bourke puts it, it’s a “relationship that both parties believe in”.

Certainly, the future looks bright, particularly for a port that is willing to think big. Says Bourke: “Ports have been around for a long time, but that doesn’t mean you can’t have innovation … It’s how we take those learnings from outside the port, look at peers and how they’re doing things, and then apply that to the unique circumstances of this port.”

He adds: “Our big ideas are really anchored in sensible outcomes. There are many challenges ahead, but with the right approach and the right people, we can solve anything.”

Speak with a NAB specialist