Emerging lenders on the path to debt capital markets

In October 2019, National Australia Bank hosted a Round Table with emerging lenders to share their experiences on the journey to bank securitisation funding and beyond. 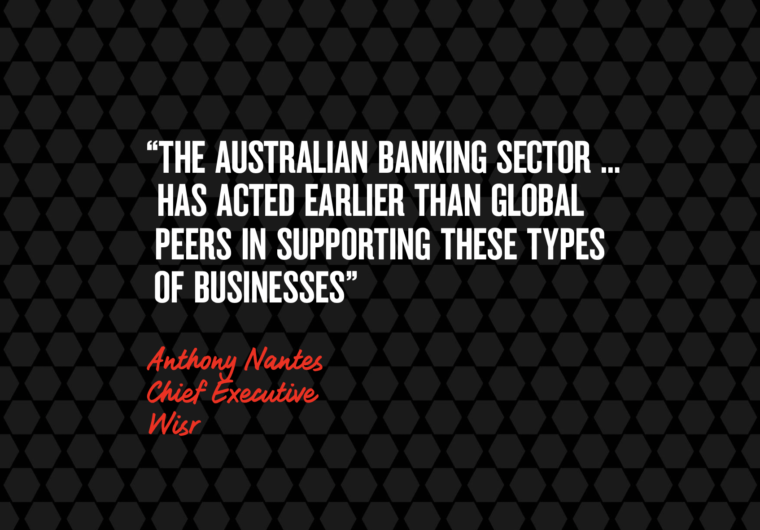 The round table was attended by leaders from Athena, Brighte, GetCapital, Propsa, RateSetter, Symple, Wisr and Zip.

Compared to a decade ago, the lending sector of today looks vastly different. Alternative fintech lenders have emerged and challenged the status quo, with the ability to service segments of the market in new and innovative ways.

While the major banks still dominate, the market share of alternative finance providers is growing and shows no signs of abating, driven by changing consumer preferences for digital channels and quick access to finance, along with a constructive competition environment.

With more people able to access finance when they need it, the contribution of lending to Australia’s GDP continues to grow and NAB has an important role to play in supporting this growth.

During a wide-ranging Round Table conversation an interesting juxtaposition emerged – while on one hand, the emerging lenders are making finance easier to obtain, securing backing for their own businesses in the early days of their existence was challenging and finding the right institutional partner was a milestone.

Complexity of the funding journey

While the funding journey of each emerging lender has differed – and ultimately been successful in helping grow and scale their businesses – attendees agreed it had not been without complexities and challenges.

There was unanimous agreement that securing sustainable funding had been a concern since day one and remained a daily requirement that needed to be solved in order to scale. For most, including Prospa, GetCapital, RateSetter and Zip, funding in the early stages of their business was mainly from supportive shareholders or High Net Worth equity partners.

In recent times, more institutions have begun to back the fintech sector and opened up access to larger amounts of capital via securitisation warehouses. In 2016, NAB recognised an emerging financing gap in the market along with a strategic view that digital channel preferences would continue to grow with maturing millennials.

“The fintech industry is changing very rapidly. From my perspective, the Australian banking sector, and NAB in particular, has acted earlier than global peers in supporting these types of businesses.  This is great for not only consumers, but for Australia through employment growth and general technology innovation,” said Anthony Nantes, Chief Executive at Wisr.

For some, including RateSetter, the decision to explore institutional funding was a philosophical and strategic decision. “For parts of our business – like automotive finance – it was important to have institutional partners, like NAB, who have a deep understanding of the asset class,” said Daniel Foggo, Founder and CEO.

For many attendees of the Round Table, securing funding via a securitisation warehouse facility was a major milestone. For Brighte Capital, knowing the path to securitisation was crucial in creating a viable business from day one.

Bob Belan, Co-Founder and CEO of Symple, relayed a similar focus, approaching NAB because of the Bank’s strategic focus on the sector and capacity to support the company’s growth aspirations. Symple and NAB partnered on a A$57 million securitisation warehouse trust in September 2019.

While securitisation was a major milestone for Athena, Nathan Walsh, Co-Founder and CEO said it was a complex mechanism to create. “Firstly, it’s crossing the chasm of getting the first A$100-$250 million of loans done. Then it’s the hundreds of design decisions required to create a responsible lending framework at the front, which links to an efficient securitisation structure at the back,” Mr Walsh said.

During the Round Table, capital markets were deemed the desired funding ‘end game’ for many of the participants. Of the attending emerging lenders, Zip was the furthest along the capital markets journey, launching the Zip Master Trust earlier this year. The structure allows Zip to continually issue notes from the trust as needed, solving the company’s funding requirements over the medium term.

Closing out the Round Table was a discussion reiterating the importance of finding the right partner – both from a credit and expertise perspective.

“What I’ve really appreciated about the journey with NAB is their understanding of the resourcing and time restraints we face. It’s also been their support, partnership and handholding along the way, and insight into the sequencing of activity – who to talk to and when,” said Brighte’s Ms McConnell.

Equities in the US spent most of the session rising, driven by the news that Pfizer and BioNTech’s experimental vaccine has being fast tracked in the US.

Markets opted to take the positive news on Friday, sending shares higher and the US dollar lower.

Intra-month range extremes for AUD/USD in June came in the first ten days of the month.

Markets are split between the confidence things might be getting better versus the realisation that in the US southern states infection rates (and fatalities) are getting worse.