In early 2018, two entrepreneurs launched a website that aimed to address the housing affordability crisis by facilitating co-ownership. A few months later, they had an even better idea. 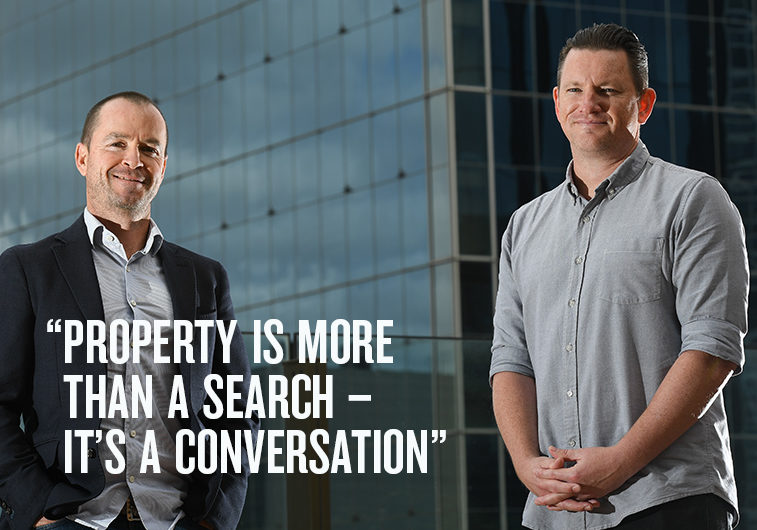 In late 2016, brothers-in-law Darren Clark and David Dawson decided to create a business that would address a big problem for many young – and not so young – Australians.

“We both live in Sydney, so perhaps it’s not surprising we gravitated to tackling unaffordable housing while brainstorming business ideas,” Clark says.

“If properties were out of reach for individuals, a logical solution seemed to be making it easier for people to pool their resources to buy a home, investment property or holiday house.”

Clark and Dawson launched Kohab in March 2018. It’s an ‘integrated digital platform’ andmarketplace where those looking to jointly purchase a property with a friend or relative can educate themselves about the process, search for suitable properties and arrange to have co-ownership agreements drawn up.

Despite market research indicating Australians were open to joint ownership, Kohab’s founders didn’t get the response they expected.

“We got plenty of media attention and lots of site visits,” Clark says. “But when it came time to sign on the dotted line, people baulked. Partly, it was bad timing; Kohab launched around the time major housing markets started cooling. But the main problem was that many Australians have the mindset of, ‘I’m not buying a house with my mate. What if something goes wrong?’.”

While attempting to drum up business at London Tech Week in mid-2018, Clark had an epiphany: “I was explaining the Kohab concept – two or more people going on a journey to buy property – when it struck me that couples don’t have an issue with co-ownership. Our site had already been designed to make it easy for potential co-owners to communicate frictionlessly. David and I figured we could build on that functionality. We could make it straightforward, even enjoyable, for couples to communicate about – and arrange to inspect and possibly buy – properties.”

The two major players in the real estate listings game in Australia are Domain and realestate.com.au. Both have online formats similar to the listings that have long appeared in newspapers.

“As anyone who’s bought property with a partner will know, sending hyperlinks of various properties to each other then trying to keep track of the various options can be a nightmare,” Clark says. “And that’s before you even start trying to arrange viewings.”

In early October 2018, the pair unveiled their rejigged site. Those interested in co-ownership are still well-catered for but Kohab now allows users to create ‘Kohab boards’ (think Pinterest) where they can display properties they’re interested in and make notes.

“Users can create a board such as ‘John and Jane’s beachside apartments’, attach properties from the Kohab listing platform they’re interested in on it, then add comments about individual properties. For example, ‘This one has low strata fees but is a bit cramped’,” Clark explains.

“If they want to message the real estate agent to get more information or arrange an inspection, there are communication tools – think a WhatsApp for property – that make that almost seamless. On the other side of the equation, we’ve also made it as painless as possible for real estate agencies to list properties on the site and liaise with interested parties.”

Kohab is free for aspiring homebuyers. Real estate agents can list properties for free but have to pay to use the communication tools.

First Australia, then the world

Some digitally savvy real estate agencies around Sydney have already embraced Kohab. Clark and Dawson are planning a national roll-out throughout 2019 and, all going well, international expansion soon after that.

“We’re currently in talks with Australian real estate groups as well as some interested parties from the US and UK,” Clark says.

So, could Kohab disrupt the incumbents? The men aren’t getting ahead of themselves.

“I don’t imagine anyone’s going to be too worried about a start-up which is yet to prove it has a viable product,” Clark says. “But most countries have more than two big real estate websites. We’re hoping there’s space for another large property platform in Australia. Kohab has the potential to challenge the major portals, particularly around the way the way they engage with their customers, their pricing and the value they add.”

Clark sums up what Kohab plans on bringing to the table with a slogan he, Dawson and their staff have enthusiastically embraced: “Property is more than a search – it’s a conversation.”

Kohab: a lab for NAB

As luck would have it, Dawson and Clark were acquainted with a senior NAB executive – one who provided valuable assistance when they were getting Kohab off the ground.

“Mike Baird [NAB’s Chief Customer Officer] thought Kohab’s model could be a good fit with NAB’s ‘Venture Investment’ initiative, which is all about supporting NAB customers through their home ownership journey,” Clark says.

NAB is the only big bank with a dedicated e-commerce team. A team that has assisted thousands of early-stage businesses, including globe-straddling success stories such as aussieBum and Airtasker. Huw Griffiths, Director of NAB’s E Commerce team, is Clark and Dawson’s banker.

“On top of providing the usual business banking services, my team are able to plug Kohab into a network. That will help Darren and David get meetings with everybody from other start-up founders to executives at large corporations,” Griffiths says.

“Also, through NAB’s ability to connect with third-party technology providers, we helped Kohab connect with the right solutions. Other banks expect customers to use their proprietary technology for things such as payment systems. In contrast, NAB helps its business customers find the technology solutions that best suit their needs. Our e-commerce-and-merchant-acquiring ability is market-leading.”

Griffiths is excited about the possibilities of the NAB-Kohab partnership. “Kohab will be working with our internal teams, such as NAB Labs [the bank’s innovation hub] as well as senior NAB stakeholders, to develop an even more impressive offering,” he says.

“NAB is at the cutting edge of data and analytics,” Griffiths continues. “That means, for instance, it can supply homebuyers with detailed information about sale prices and market trends in a particular area. It’s not hard to imagine a future where Kohab customers will be able to click a button and find out immediately whether NAB can provide the financing they require to buy a particular property.”

Housing market sentiment lifts to a new high and dwelling prices now expected to grow around 19% in 2021 and 4% in 2022.

Re-Affirming our rate view and an update on the outlook for QE.