Markets Today: On FOMC-eve, a Bromance, a Brexit win and the NAB Business Survey

There was little market reaction to the big deal between Presidents Kim and Trump.

Lack of concrete outcomes from the Trump-Kim summit keeps markets suspicious on whether a meaningful step towards peace has been achieved and ahead of the Fed and ECB decisions markets have treaded water overnight.

Equities are mixed, the UST yield curve is flatter led by a move higher in front end yields and the USD is stronger across the board. AUD is the G10 underperformer amid mixed commodities and soft EM FX and after a volatile night GBP is essentially unchanged.

After a massive build-up followed by handshakes and shoulder patting the Trump-Kim Summit has left markets none the wiser in terms of any concrete steps towards peace in the Korean peninsula. Of course the fact Trump and Kim finally met is a positive move, but the lack of any new news in terms of next steps and timing towards denuclearisation has resulted in a muted reaction by markets with the focus now shifting towards the Fed decision early tomorrow morning (see more below) followed by the ECB tomorrow night. Friday’s US decision on whether or not it will impose $50bn worth of trade tariffs on China is also going to be important.

The USD is stronger across the board with the move higher in shorter dated US Treasury yields a supportive factor. The May US CPI report revealed both headline and core inflation as expected (2.2% and 2.8% respectively), but importantly for markets underlying drivers of inflation continue to point to building price pressures (the six-month annualised core measure is running at 2.5%) and today’s numbers still suggest the Fed’s preferred Core-PCE measure will head above the Fed’s 2% target in H2 2018.

Ahead of the Fed decision tomorrow morning the debate on the Fed’s inflation tolerance is gaining more relevance and the inflation forecast numbers will be an important indicator as to whether the Fed believes the prospects for higher inflation is merely due to temporary factors and more longer lasting factors. Recent evidence suggest the latter factors are having a greater degree of influence. On this core we note that the NFIB survey released overnight also suggests building inflationary pressures with the Selling Price Index at a new cycle high and the Actual Compensation Index at a record high.

So US data releases have resulted in a slight move higher in shorter dated US treasury yields with the 2y rate edging 1.7bps higher to 2.5387% while the 10y tenor is little changed at 2.96%. Higher shorted dated US Treasury yields have supported the USD dollar with the greenback stronger against all G10 except for SEK and all EM currencies except for the Argentine Peso (ARS).

Ahead of the inflation report on Thursday the Swedish Krona has been outperforming the USD and EUR amid expectations of a solid print and underperformance of the SEK relative to Riksbank’s forecasts. Meanwhile the ARS rebounded overnight on news that the Central Bank intervened in currency markets following last week’s announcement of a $50 billion credit line from the IMF.

So ahead of key risk events (Fed/ECB and US trade tariffs decision), the AUD has been the G10 underperformer overnight, down 0.45% and currently trading at 0.7573. Since the start of May the AUD has traded in a  0.7412 and 0.7677 range. After trading to the range highs late last week, the AUD is now back to the middle of the range and although Italian/Euro concerns have eased, the move higher in core yields has brought back the focus on emerging markets. This uncertainty appears to be weighing on the AUD, despite still buoyant risk appetite in equity markets.

A mixed night for commodities has not helped the AUD either, although steam coal prices are higher, metal prices have struggled overnight with copper easing a little (-0.40%) after a couple of solid gains in previous days. Oil prices are also mixed with WTI up 0.26% but Brent down 0.86%. Brent softness appears to be driven by news that Russia plans to propose that OPEC and its allies be allowed to return production to October 2016 levels, rolling back most but not all of their output cuts within three months.

Meanwhile the other FX mover overnight has been GBP trading in a 90pip range, although at 1.3372 the pair it is essentially unchanged relative to levels this time yesterday. Early in the session, UK employment was slightly higher than expected while wage data were slightly weaker. The unemployment rate remained at 4.2%, a level suggesting little spare capacity in the economy, however, the BoE will want to see economic momentum picking up before tightening policy.

Then the debate at the Commons on the Lord amendments to the Brexit Withdrawal Bill became the focus. PM May has a claimed a victory on one of the key votes on the 15 amendments, but looking through the details the government’s concessions effectively mean that the essence from the Lord amendment has been retained. The government now does not have all the say in the Brexit deal and so for markets the good news is that a hard Brexit now looks less likely. The vote means that now Parliament will have a “meaningful” say in the final Brexit deal. The government is now expected to present the final deal to MPs sometime in October this year and if they reject it, the government will have 28-days to the end of November to set out plans of how it intends to proceed and then seek the approval of the House for that course of action. 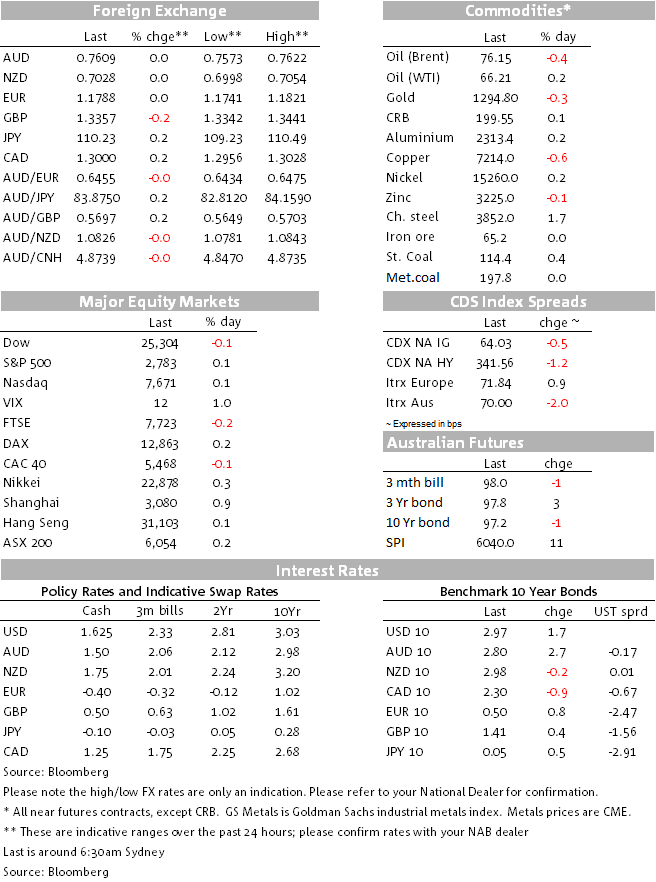