Movements in the residential property market affect everyone – whether you’re an investor, an owner occupier, or a renter. After several years of incredibly strong house price growth, primarily in Sydney and Melbourne, there is now heated debate over where prices are likely to move.

Movements in the residential property market affect everyone – whether you’re an investor, an owner occupier, or a renter. After several years of incredibly strong house price growth, primarily in Sydney and Melbourne, there is now heated debate over where prices are likely to move from here.

NAB recently cut forecasts for detached house price growth in 2016, and we now expect modest price growth of 2% in 2016, reflecting a slower pace of growth in Sydney and Melbourne. These revisions were largely in response to both the stronger than expected growth seen in house prices to date, which appears increasingly unsustainable, and some tightening in financing conditions observed in the mortgage market.

Headwinds from the slowdown in the mining sector and associated softening in population growth will also continue to have a negative impact in mining regions, including Perth. 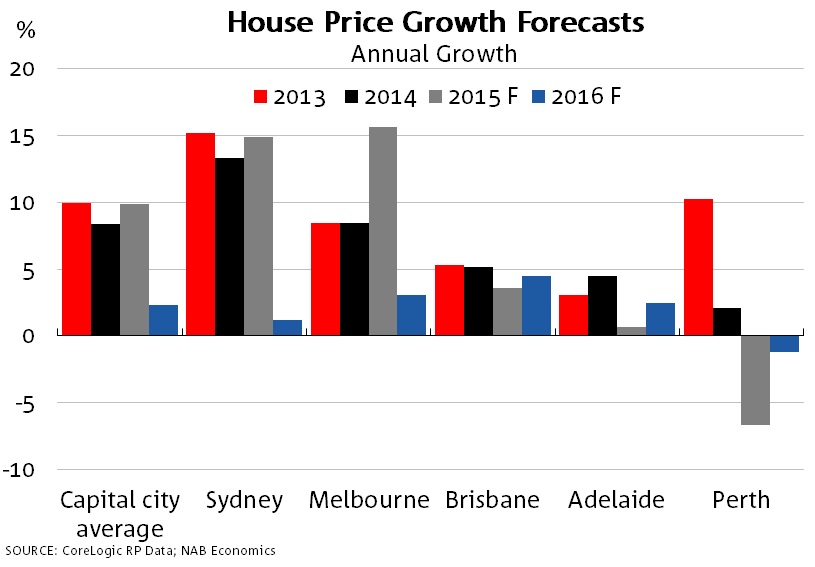 In an environment where income growth continues to be modest, alongside lower population growth, the rates of house price growth seen in Sydney and Melbourne are unlikely to continue, suggesting more modest price gains in 2016 (see Chart: House price growth to slow).

Regulatory changes to address risks in housing credit (particularly investor credit) have also tightened conditions in the mortgage market, which is likely to have some impact on housing demand (even if only at the margin). Whilst some market commentators claim that these factors point to a sharp correction in house prices in the medium term, in our view a more modest contraction, or slowing in growth, should be expected (see Chart: Price to income measures). 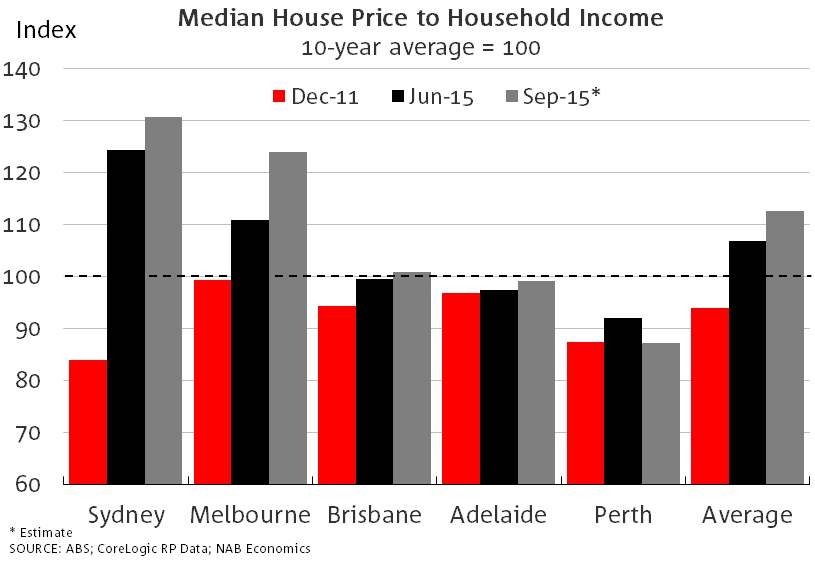 A positive factor is that housing affordability has not deteriorated as much as price to income ratios would suggest, as these ratios don’t capture the offsetting (positive) impact from lower interest rates (smaller mortgage repayments) on housing affordability. To capture the effects of lower interest rates, it’s more informative to compare median house prices to the hypothetical borrowing capacity of the average household (given current income, interest rates etc.) in each respective state (see Chart: Prices relative to borrowing capacity). This comparison suggests less cause for concern, although it points to a somewhat overheated market in Sydney and, to a lesser extent, Melbourne. 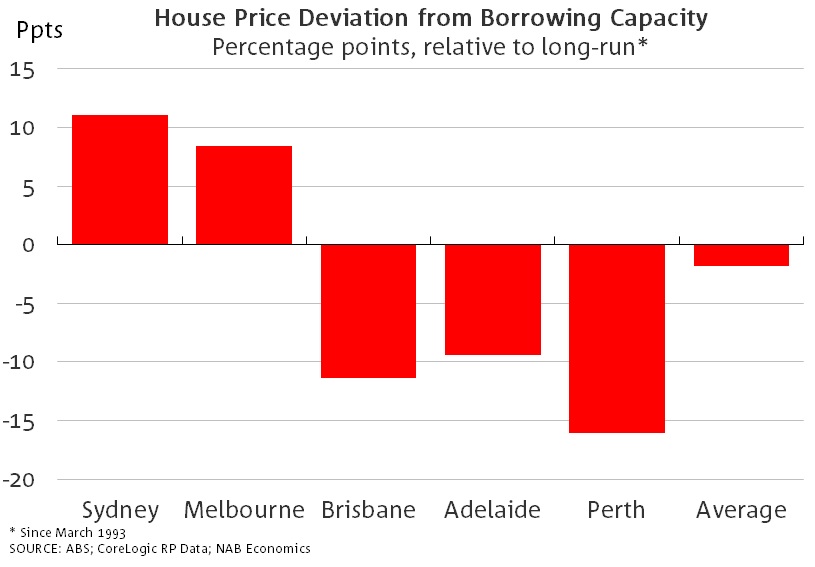 This result is broadly consistent with estimates of market valuation and potential overvaluation, produced by the IMF in their latest ‘Australia – Selected Issues’ report (published in September 2015), where they concluded that house prices in Australia were moderately higher than fundamentals, but less overvalued than ‘a comparison to historical or international averages would suggest.’ We agree with this finding.

In addition to record low interest rates, a number of years of sluggish growth in housing supply relative to demand, has helped to allay fears of a severe market correction – in certain markets. Simple measures such as low rental vacancy rates certainly suggest that demand is still supportive in some markets, especially Brisbane and Sydney. While there is some new supply through apartments, new detached housing supply has not increased greatly for most markets, relative to population.

On the demand side, population growth in Australia has been slowing in line with the winding down of the mining boom, although growth in the major eastern states has remained robust, supported by interstate flows. Foreign student arrivals are also expected to be strong, especially in these states, assisted by a more favourable AUD– which should be particularly beneficial for apartment demand. Overall, these trends suggest that slower population growth will imply weaker house price gains, but that the major eastern states should prove to be somewhat more resilient.

In light of high demand and an environment of low interest rates, significant declines in house prices would most likely require a substantial shock to the labour market and/or for interest rates to increase sharply. While there are risks, we anticipate neither of these triggers in our forecasts.

While there are signs that elevated prices are discouraging home buyers and cooling the housing market, the most likely result will be a prolonged period of very subdued house price growth and a period of subdued rental growth. 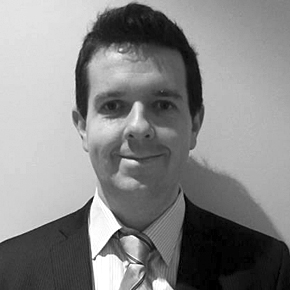 An apartment in the city, a home in the country and a rental place in the ‘burbs.
That’s the dream. But before you pack your portfolio with property, consider these tips for the year ahead.