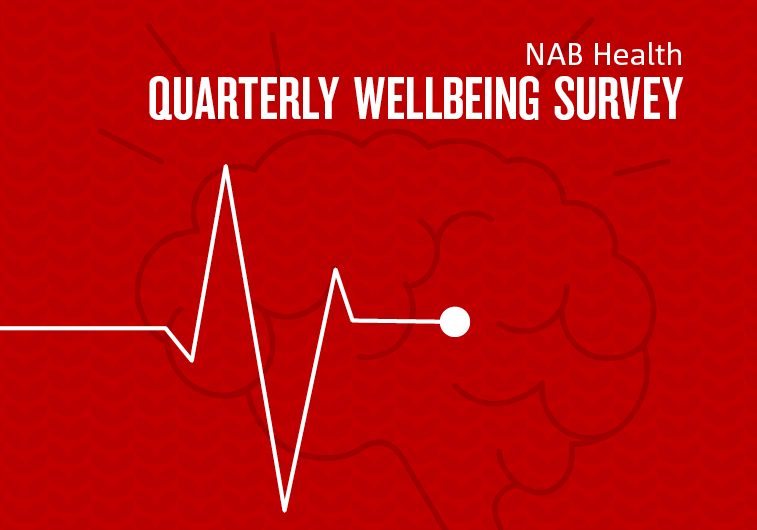 Wellbeing levels have risen to their highest levels since Q3 2019, despite rising concern over the COVID virus. Resilience is building, with a key driver of higher wellbeing driven by falling anxiety. But, while many have bounced back from the challenges of the pandemic, a significant minority have not. More than 1 in 3 Australians continue to report “high” anxiety levels. Wellbeing fell among low income earners and remains low for several key groups including the unemployed, those that lost their main source of income because of COVID and young people. Anxiety remains particularly concerning among young men. Wellbeing continues to rise with income, but Australians earning between $75-100,000 p.a. have replaced those on higher incomes as the highest wellbeing group for the first time since 2014. While most Australians don’t want their lives to return to exactly as they were before COVID, a growing number of us are looking back more fondly on the old “normal”. NAB will continue to monitor any changes in wellbeing as lockdown continues in NSW. Previous extended lockdowns in VIC saw a significant impact on wellbeing in that state, but more positively, wellbeing levels snapped back once restrictions were eased.

The NABHealth Australian Wellbeing Index rose in Q2 to 65.1 pts to its highest level since Q3 2019, with all wellbeing measures (happiness, anxiety, life worth and life satisfaction), above survey average levels. SA/NT has replaced TAS as the state with the highest wellbeing. It is lowest in NSW/ACT and VIC, although wellbeing did rise in VIC. The survey was taken between June 10-23. While it does not capture the full impacts of recent COVID events in NSW, VIC and SA, residents of VIC had moved into lockdown, and towards the end of the period, NSW had started to implement COVID related restrictions. Not surprisingly, the level of concern over the virus has jumped, particularly in NSW, VIC and the ACT, after falling for two consecutive quarters. Outside of direct health concerns, Australians biggest COVID worries remain the economy – although fewer of us expressed this concern. With international borders still effectively closed and growing uncertainty over domestic borders, 4 in 10 consumers also identified travel movements and restrictions, up from the previous quarter, followed by the ability of the healthcare system to cope.

Against this background Australians are showing resilience, with the biggest uplift in wellbeing in Q2 driven by a fall in anxiety. Resilience is important in how we cope with adversity. Our capacity for resilience can grow when we are confronted with difficult times. Most people dislike major departures from their daily routines only to discover they are more adaptable than they first believed. Most of us have the ability to bounce back from adversity. But a significant minority do not. More than 1 in 3 (36%) Australians continue to report “high” anxiety levels (down from 43% in early-2021). And, while in aggregate wellbeing rose, it fell among people earning less than $35,000 p.a. (60.8). Money impacts not just how we see our lives today but also the future. While almost 1 in 2 (46%) Australians earning over $100,000 p.a. feel optimistic when thinking ahead, this compares to fewer than 1 in 5 (16%) among those earning less than $35,000 p.a. Other low wellbeing groups include: the unemployed; those that lost their main source of income because of COVID; labourers; singles; renters; and young people (although there was some improvement in Q2).

Australians in the 18-29 age group have consistently reported the lowest wellbeing but did see an improvement in Q2 (up 1.0 pt to 60.0). Encouragingly, this was led by improved anxiety levels (up 4.0 to 50.9) – though they remain 22 pts lower than the over 65 group (73.9). Anxiety remains particularly concerning among young men (49.1). NAB’s research is consistent with multiple studies showing that as people age, they accumulate emotional wisdom that leads to selection of more emotionally satisfying events, friendships and experiences leading to higher wellbeing and greater resilience. As a result, during a crisis like pandemic, older adults may be less negatively affected by mental health outcomes than other age groups. Another protective factor for older people can be the quality (rather than the number) of their social connections, helping to combat issues of loneliness and isolation. Studies have also consistently shown that having strong interpersonal relationships and community support (giving and receiving care) is associated with better recovery from traumatic events.

Other higher wellbeing groups include married people, home owners, 2-person households, couples without children, higher income earners ($75-100,000 p.a. & over $100,000 p.a.), men aged 50-64 and professional workers. Australians earning between $75-100,000 p.a. replaced those earning over $100,000 as the highest wellbeing group by income for the first time since Q4 2014.
Since COVID emerged in Australia we have been tracking lifestyle and behavioural changes. Many people have reframed their COVID experience as an opportunity for positive change and growth. Despite the challenges, some aspects of life have improved and there has been some reluctance to fully return to our pre-COVID lives. When people experience change for the better, it can become extremely difficult to persuade them to go back to something perceived as less desirable. For example, for some an important positive outcome of the pandemic has been the opportunity to spend more time with loved ones and to refocus on what really matters to support wellbeing. But as the impacts of COVID continue to play out, a growing number of us want our lives to return to as before. While some key concerns remain (particularly in regard to the environment/pollution, pace of life, time commuting to work, time with family, previous consumption levels and time spent driving), we are noticeably less concerned.

NAB’s survey also identifies various factors Australians associate with higher and lower wellbeing. Our pets continue to contribute positively to the emotional wellbeing of most Australians. Other key areas include: personal safety; our homes; and family and personal relationships. This is consistent with research that has found people with strong connections often recover better from a crisis. Other key drivers include standard of living, religion, faith and spirituality and feeling part of our local community. Debt (outside of mortgages), events like abuse and victimisation, substance use or abuse and mortgages are the key detractors and for significantly more people in Q2. Lack of time is also significant.

Noticeably more younger Australians are being negatively impacted by debts, lack of time, buying selling or finding a home and work or job issues. More people in the 50-64 age group identified sleep, physical appearance, ability to fund retirement and events such as abuse, and victimisation as key detractors.

For some, the impact of COVID has been more enduring. While for many life has moved on, resilience has grown and wellbeing has recovered, for others it has not and the impacts may linger for years to come. Unemployed Australians have consistently rated their emotional wellbeing the lowest of all groups. Amid improving employment conditions, wellbeing in Q2 lifted for both full time (64.5) and part time (62.8) workers. In contrast, self-reported wellbeing levels for unemployed Australians fell (down 2.1 pts to 49.8 pts) to its lowest level in 2 years.

Having a job means a lot more to us than simply earning a living. Whether paid or unpaid, working is important for maintaining wellbeing. In general, our physical and mental health improves when we work, providing an important sense of purpose. Employed Australians rate all aspects of their wellbeing – life satisfaction, life worth, happiness and anxiety – significantly better. In Q2, full time workers in particular reported a noticeable improvement in their anxiety levels (up 2.1 pts to 54.7). Full time workers typically derive greater wellbeing benefits across most domains than part time workers. The unemployed report considerably lowers of wellbeing (when compared to full time and part time workers) in regard to their standard of living, mental wellbeing, physical health, work/job issues, homes, perceptions of the future, and ability to fund their retirement.

Get all the insights in the NAB Health Australian Wellbeing Survey (Part 1 Emotional Wellbeing Q2 2021).

Fed talk overnight tilted hawkish with the Fed’s Bullard advocating for two hikes in 2022 and also flagging the case for balance sheet unwind after tapering ends.

Alan Oster, NAB’s Group Chief Economist, shares his view on the different impacts COVID-19 has had on industries and provide a broader macroeconomic outlook on the Australian economy.