Australia’s online retail spending increased to $16.9 billion for the year to April 2015, or by 9.6% annually. It now represents around 7.0% of traditional retail spending, excluding cafe’s, restaurants and takeaway food.

Australia’s online retail spending increased to $16.9 billion for the year to April 2015, or by 9.6% annually. It now represents around 7.0% of traditional retail spending, excluding cafe’s, restaurants and takeaway food.

Comparable year growth in traditional bricks & mortar retail (up5.3% in March) was still outpaced by the improvement in online retail (8.2%). That said, recent online growth has been more subdued than the 20-30% year-on-year growth rates recorded in earlier years. In April the seasonally adjusted month-on-month change was 1.5%. At 0.6%, the trend estimate for online retail sales is unchanged relative to March and February.

Domestic retailers controlled 75.5% of total online spending as of April 2015, relatively unchanged on the previous 3 months. Growth in both international and domestic online retail sales accelerated in April, though domestic online continues to outpace international in year-on-year terms.

A note on revisions: to ensure our data is easily benchmarked, in this quarterly update we’ve moved to publishing the seasonally adjusted month-on-month change exclusive of a three-month moving average. We have now incorporated the Henderson 13 term trend to replace the three-month moving average, quoted in the report as trend. This makes the numbers more directly comparable to other publicly available series such as traditional retail sales seasonally adjusted and trend series. There are likely to be future improvements to participant classification that may result in further revisions.

Based on two million non-cash transactions per day, scaled up to replicate the broad economy, the NAB Online Retail Sales Index tracks online retail spending across sectors, demographics, locations and the breakdown of goods bought from domestic and international online retailers. The index is produced monthly and analysis is provided on a quarterly basis.

Quantium is Australia’s leading data analytics and marketing strategy firm. Quantium has worked with NAB for more than six years, assessing de-identified transaction data to derive insights, trends and shopping habits of different customer groups. The resulting analysis forms Market Blueprint and is used by NAB and other businesses to drive innovation and business performance through customer, distribution and marketing strategies. 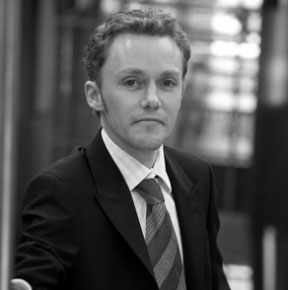