Global financial markets have been hit fairly hard in recent weeks amid mounting concerns of a Greek debt default and its associated contagion, the Federal Reserve’s downbeat assessment of the US economy and fears that a global recession is on the cards, including a sharp slowdown in Asia. This has seen sharp falls across a number of risk assets, with the S&P 500 down almost nine per cent since the start of September. Commodities, while buffered from the sell-offs earlier in the month, were bound to follow suit. This saw falls across both hard and soft commodities, driven by both fears of reduced demand, but also in part by an appreciating US dollar.

Partly reflecting financial market sentiment, the global economic outlook has clearly deteriorated since our last update on a series of disappointing US and western European economic indicators. More specifically, ongoing softness in private sector demand means that the private sector is still not well placed to replace fading public sector policy stimulus. The shift to fiscal austerity, poor political handling of debt issues in the US and Euro-zone and perception (until recently) that monetary easing was over will not have helped lift activity. Although the global slowdown is quite synchronised across regions, the outlook for China and India is still for strong growth. We now expect a long period of weak growth in the developed economies combined with still quite rapid expansion in the emerging economies, resulting in global growth slowing to around trend in 2012 and 2013. For agricultural commodities, recent financial market turmoil has certainly heightened volatility and lowered prices.

However, the magnitude of price movements is relatively mute compared to what we have witnessed in agricultural commodities over the past year. Weather events, such as the Black Sea drought, have caused much sharper price movements over the past year. Additionally, much of the price movements across the agricultural commodities complex have been driven to a large extent by an appreciation of the USD. Overall, our expectation on prices is that they will remain elevated over the medium term, although some commodities might come in a little lower than what we were expecting a couple of months ago. 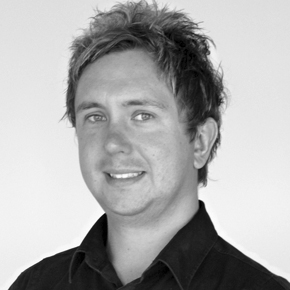