As electricity prices continue to rise and domestic gas supply across eastern Australia tightens, Cooper Energy is one company that’s thinking big so it can be a significant part of the solution. 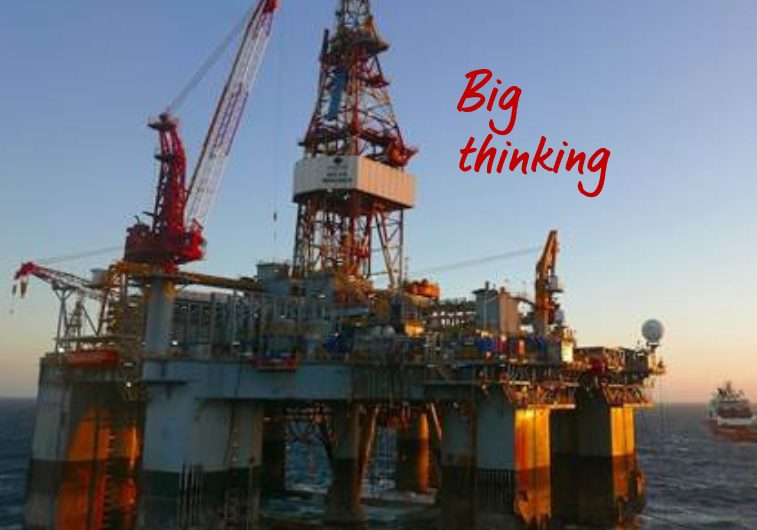 At a time when eastern Australia faces the prospect of a gas supply shortage, Cooper Energy’s commitment to deliver new gas into the domestic market by mid-2019 makes for good news.

“Every day you pick up the newspaper at the moment and see an article about the gas industry in eastern Australia and how supply is tight,” CEO of Cooper Energy David Maxwell says. “The Sole Gas Project is part of the solution.”

Set to produce 24 petajoules (PJ) a year, Sole will supply about 12 per cent of Victoria’s gas demand. In addition, it will contribute 800 jobs to the Australian economy, mainly in Victoria. Take into account the multiplier effect across the economy, Maxwell says, and that’s “reasonably significant”.

Funding the offshore component of the project took more than nine months in the planning. Ultimately, Cooper Energy raised about $135 million in equity. The remaining $250 million, however, was secured by way of a reserved-base lending (RBL) facility provided by a syndicate of five domestic and international banks, including NAB. According to NAB Commodities & Export Finance Director Con Michaelidis, the senior secured facility offered a number of advantages including competitive loan pricing and a flexible revolving financing structure.

As Michaelidis notes, this allows Cooper Energy to adapt to changes in oil and gas prices as well as changes in their hydrocarbon reserves in the ground. “It means they’re able to upsize their facility, which is great for a company like Cooper, which has ambitions to be a supplier to the east coast gas market.”

Cooper Energy’s CFO, Virginia Suttell, also points to the relationships it provides. The company hadn’t had a working relationship with NAB or a number of the other banks prior to this deal. “Everybody is engaged with Cooper Energy, invested in the growth of Cooper Energy, so we consider that to be a good outcome,” Suttell says. “We’ve achieved what we wanted to achieve, which was the funding, but we’ve also set ourselves up for future growth with the relationships we’ve established.”

A win-win for Australia

In fact the contracts represent a win-win all round. For Cooper Energy, they allowed them to secure their much-needed funding. For the four manufacturers and electricity generators – all of them domestic – they will help them meet their medium and long-term gas supply needs, and in turn the energy needs of communities around Australia.

It’s understandable that Cooper Energy is focused on future opportunities. “With Cooper Energy coming towards the end of delivering the Sole project, we’re now looking to add additional projects for gas supply into eastern Australia, consistent with our strategy,” Maxwell says.

In the meantime, it’s a matter of focusing on getting the current job done. Already, the Sole project is more than three-quarters of the way there. However, Cooper Energy isn’t celebrating just yet.

“The project as of end of October was 81 per cent complete, on schedule and within budget, which is a rare feat for an offshore project,” Maxwell says, “but we’re not congratulating ourselves until we’re finished.”