How FRANKiE4’s expanding its offshore footprint

With expansion on the horizon, FRANKiE4’s Financial Controller, Jonathan Cole, is focused on the right markets and the right financial facilities to make the leap into Europe and the US. 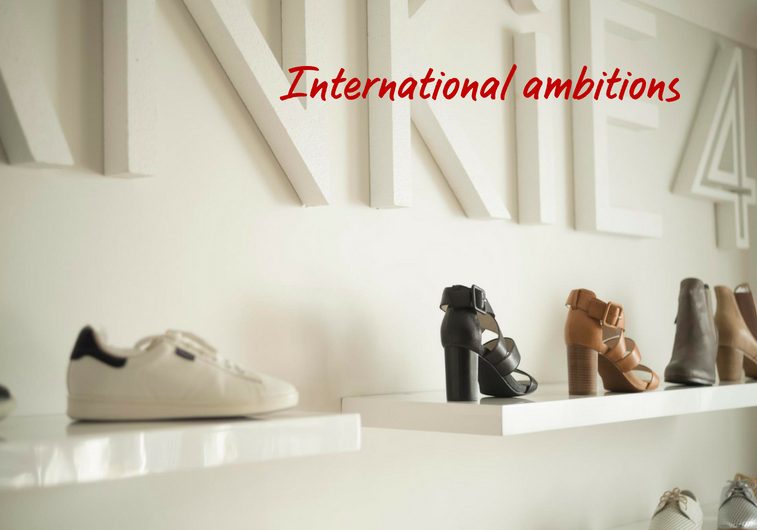 When FRANKiE4 founder Caroline McCulloch started thinking about making therapeutic shoes more stylish, little did she imagine that in just 10 years she’d be contemplating bursting into the European and US markets. But that’s exactly what’s happening.

For Financial Controller Jonathan Cole, the rise has been both challenging and rewarding: “Revenue has doubled year on year. Two and half years ago we were working out of my director’s home, while she and her husband also managed two podiatry practices. Now, we’re aiming to be a domestic and international leader in woman’s footwear.”

FRANKiE4 has already stomped its mark in Australia and New Zealand, making over 100,000 pairs of shoes and hitting a turnover of over $10 million in the last financial year. And there’s ongoing growth in the Australian and New Zealand business, he explains. “We used to sell-in a new range every six months – now we’re releasing new styles to the market every month,” says Cole.

But the company also has international ambitions. FRANKiE4 has had an agent in Europe for over a year and while they have yet to receive orders, they’re committed to another year and are anticipating activity soon. The other market they’re looking at in the next six months is the US says Cole: “We know there’s a market there for our product, but you have to be willing to invest the resources required and then wait patiently for the business plan to come to fruition.”

A change of approach

Peter Christofidis, Business Banking Manager at NAB, has been working with Frankie4 since 2014, when the company refinanced a loan through NAB. He says seeing the expansion unfold has been one of the most exciting parts of his job.

“Frankie4 needed a bank that understood cash flow lending and that could provide an integrated approach to trade finance, foreign exchange and a full banking facility whereby they could accept payments on the internet via credit card and also their working account,” he notes.

But it was also about having a deeper relationship. “For me, it was about getting in there and understanding the vision, the market and how Caroline, Alan and Jonathan wanted their plan to unfold – and making that as easy as possible.” That’s not always easy as companies move from start up into a more mature phase. “The key is flexibility based on a real understanding of the business,” says Christofidis.

The company now has a trade finance facility of $2.8 million that’s used to support the Australian business with working capital to pay suppliers and smooth out those larger invoices; NAB Transact, which allows stockists to make payments to FRANKiE4; and a foreign exchange (FX) facility of up to $2 million. They’re considering a multi-currency payment facility that will allow people to buy in their local currency – although so far the lack thereof hasn’t been a barrier to growth. “We’re still getting a lot of online international orders,” says Cole.

Currently, the Australian business is effectively funding the forays into Europe and the US, but the company has recently increased the trade facility to help smooth the way.

“It’s so important for us to have a close relationship with our bank, especially as we move into new markets,” says Cole. FRANKiE4 needs to finance orders based on anticipation in a new market – consequently, they need a banking partner willing to structure finance facilities with the right flexibility. “You also need support. We catch up every six months to discuss the business, review our facilities and our orders and work out the very best financial solution,” he comments.

With international markets squarely in sight, and a supplier based in Asia, FRANKiE4’s success has also been dependent on managing a key risk – foreign exchange volatility. The company currently uses forward exchange contracts (FECs) to lock in US dollar rates with their suppliers, ensuring their profit isn’t swallowed up by an unanticipated currency movement that could suddenly see its costs blowing out. “Every six months we meet with the NAB FX team and work out the dollar value of our orders for the next six months and then we implement our FEC,” explains Cole.

In conjunction with using FEC’s to mitigate foreign exchange fluctuations, FRANKiE4 utilises their trade finance facility, to allow them to bring forward and make supplier payments under this facility, prior to receiving incoming customer payments. This effectively allows FRANKiE4 to improve their cash flow position and manage peak funding requirements for new season imports.

For FRANKiE4’s seamless process – which takes a lot of the complexity out of managing FX risk. “If I’m paying our supplier who invoices in USD, I simply pre-deliver on our FEC and then pay the invoice by using our trade finance facility. It’s a very easy process and can all be completed on NAB Connect,” says Cole.

Strong CPI to bring forward first rate increase to May.