The recent NAB Super Evolution conference considered the implications of low interest rates on investments and asset allocations, and how that could affect superannuation returns. 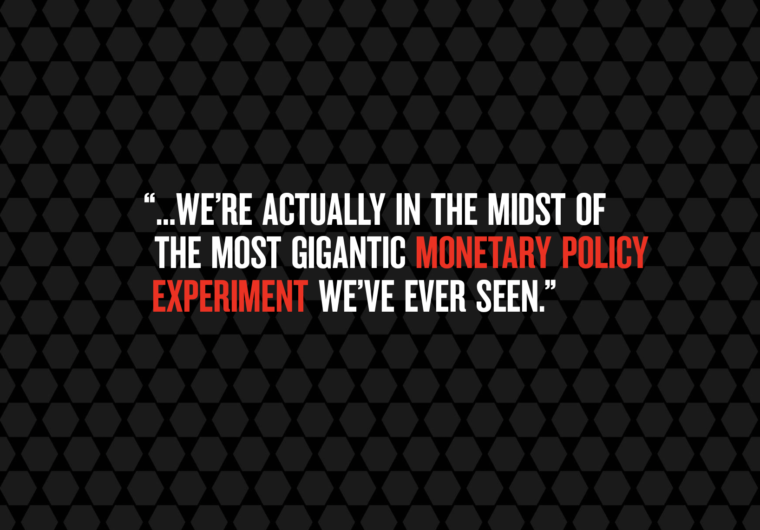 Investment markets are in unchartered waters as low and negative interest rates challenge investment assumptions and make strong returns harder to achieve, according to some funds..

The recent NAB Super Evolution conference in Melbourne considered the implications of low interest rates on investments and asset allocations and how that could affect superannuation returns.

A key question is where the neutral interest rate – a rate which is neither stimulatory nor restrictive – should sit. One investor noted that about five years ago it was estimated at about 4% and it is probably about 2% now, and  expected to keep falling.

Another investment professional said that with interest rates negative for longer-duration bonds “we’re actually in the midst of the most gigantic monetary policy experiment we’ve ever seen”. He wasn’t aware of any examples of where negative interest rates and quantitative easing has been successfully unwound.

The conference heard how rethinking their assumption about the future discount rate worked well for one fund manager in the past. Making that “mental step downwards” in the discount rate allowed the fund to bid for assets which would otherwise be expensive and the assets were revalued once the lower discount rate was fully priced in.

“Now we’re faced with that decision again – are we going to take another step down?” he asked.

But he warned that the strategy relies heavily on stability because reaction to growth that disappoints is “brutal”.

“It’s a dangerous game because arguably rates at these very low levels are suggesting that the growth profile of the world is not as stable as it looks,” he told the audience.

The panel also considered whether sovereign bonds could still be considered a defensive asset. One panellist argued that lending money to the government for seven years at a yield of 75 basis points or for a decade at 90 basis points is unattractive and the only reason for holding bonds would be if a manager believed we are heading for a very severe recession.

However, another outlined how he increased his fund’s weighting to AAA rated sovereign bonds with durations of 10 to 20 years, although he added the fund doesn’t hold them to maturity. This is a new asset class which can be substituted for equities because it has the same risk and return, he said. The advantage is that by holding the bonds and equities the overall returns of a portfolio is more stable because the two asset classes aren’t strongly correlated.

The defensive assets that would have typically underpinned a pension portfolio are producing poor returns because of the low rates and this is a challenge for both account holders and managers.

Superannuation pension holders will have to get used to the idea that they will draw down on their super balances and may not have anything left to pass on to their children, the conference heard.

Investors to be tested when rates bottom out

“People are getting the message that it’ll be a low return, and I’m hoping that that prevents your average person from shooting for very high returns,” a manager said, but added that they will also have to get used to taking some more risk.

“If your goal is to generate income to live off for life, you are going to have to trade that off against taking on other risks, uncomfortable risks. That’s actually a good thing, because if they’re comfortable risks they’re probably already well and truly priced into markets and generating no return,” he said.

As much as conditions are changing, the importance of diversification, running funds efficiently, not wasting money, and being tax efficient and maximising the tax status of a fund in the pension stage is unchanged, one fund participant said.

Arguably these strategies are more important in a low returns environment – improving returns from 4% to 5% which equates to a 25% increase in retirement income.

Investors have had 30 years of falling interest rates which have helped to boost returns from most asset classes but this is likely to end. “If you believe that interest rates are eventually going to get from some sort of bottom to a normalised range, every one of those asset classes will  test the system as to whether the managers that are managing them are good at it or not,” the conference heard.

Financing to support the climate transition