Markets Today: rout resumes on fears of the unknown

The Australian couldn’t resist the headline “Everyone will get coronavirus” today, after one of Australia’s leading virologist declared “everyone will eventually contract coronavirus, but for most it will no worse than a bad cold”. More pertinent for markets has been the latest warning from the head of the World Health Organization that the coronavirus outbreak has reached a “decisive point” and has “pandemic potential”.  Overnight France has said it has 38 confirmed cases, the German state of Nord-Rhine Westphalia a total of 14 while in Italy the total number of cases has risen by 150 to now 650, with 17 confirmed deaths.  California is reported to be monitoring 8,400 people and has confirmed 33 cases in the state.

With comparisons to the 2003 SARS outbreak long rendered redundant, your scribe was reading up last night on the 2009 swine flu pandemic and assuming Wikipedia is right (it may not be) was taken aback to be reminded that this last global pandemic, which lasted from early 2009 to mid-2010, was estimated to have infected between 700 million and 1.4 billion people (i.e. 11-21% of the then world population of 6.8 billion) and killed somewhere between 150,000 and 575,000 – so a mortality rate of between 0.01 and 0.08%. Back then, and in the first full year of the Global Financial Crisis, world GDP contracted, but by ‘only’ 1.7% before rebounding by 4.3% in 2010. Testament to the power of fiscal stimulus (from China in particular) and giving some reason to believe that a ‘V’ shaped recovery from this near-pandemic is not a completely naive hope, even if the bottom of the ‘V’ look like it will be at least a couple of quarters long (though I’d really call that a ‘U’, wouldn’t you?)

We’ve had more German media reports (latest c/o Handelsblatt) indicating that the German government is considering a possible stimulus programme in case the coronavirus epidemic hits the German economy hard.  Here in Australia, while the Morrison government yesterday ruled out a large fiscal type response to fight a virus induced economic slowdown, the AFR reported last night that the government has tasked Treasury with developing small-scale fiscal stimulus contingency plans. Of course, the RBA amongst others has been making the case for fiscal policy support for the economy since well before anyone of us had ever heard of this particular coronavirus.

It’s been another torrid night for risk assets featuring a failed intra-NY session attempt at a rally in US equities, now into the last hour of trade showing losses of around 3%  European bourses earlier finished with losses of more than 3% (save that the UK FTSE was down ‘only’ 2.7%). The S&P500 is now of just over 10%, but month to date losses are only about half that given that it was only a week ago that US stocks were making new record highs.  So while there will be plenty of chatter in the FX market about month end rebalancing of hedges on international equities, ostensibly implying the need for fund managers to be buying back US dollars and selling AUD, the impact of any such flow may not be as great as some will like to make out.

Core benchmark yields have fallen further though the US 10 year Treasury at 1.305% is little different from where we left it yesterday evening albeit having been as low as 1.24%, some 7bps below the 2016 previous record lows. German 10 Bunds earlier lost 4bp to -41bps, but peripheral Eurozone yields are all higher, led by an 8bp rise for Italy. Credit spreads in general are starting to show some early signs of stress and should bear increasingly close scrutiny.

Pricing for central bank policy easing continues to shift almost by the minute.  According to Bloomberg’s latest calculations, the market attaches a roughly 50% chance to a March quarter-point Fed rate cut with 75bps of easing now fully priced for January 2021. For the RBA, March rate cut odds are just under 15% and just over 50% for April with some 44bp worth of cuts by November. As for the ECB, President Lagarde told the Financial Times the central bank was monitoring the outbreak “very carefully” but said it was not yet at the stage where it would have a lasting impact on inflation and, therefore, require a monetary policy response.

Some of the moves we are seeing are, superficially at last, counterintuitive. In particular further strength in the EUR, where EUR/USD briefly rose back above 1.10 having spent time below 1.08 late last week. Here, while glimmers of optimism about EU fiscal stimulus are doubtless helping, the bigger story is the unwind of EUR-funded carry trades amid tumbling US yields and rising FX volatility. Deutsche Bank’s 3-month implied G10 volatility  index is now some 24% off its mid-February (record) lows, albeit only back to where it was in November of last year. Canada now had a quarter point cut now almost fully priced for April (and two cuts by September), a development which has seen the CAD as the worse performing G10 currency in the last 24 hours, down 0.25% against the USD.

The only other G10 loser vs. the USD  has been GBP (-0.1%). It has suffered as the political brinksmanship has begun on UK-EU trade deal negotiations, with UK PM Johnson saying that he’ll walk away from the negotiating table in June if it’s not clear that he’s going to get a Canada-style trade agreement and that the UK isn’t willing to trade away its sovereignty in the pursuit of a deal. The EU argues that because of the size of the UK and its proximity, replicating a Canada-style deal is unreasonable, and that the UK is backing away from what was agreed in the Political Declaration of the Withdrawal Agreement. Expect more volatility in all things GBP as this brinkmanship continues.

Economic data continues to be ignored given it largely pre-dates the coronavirus outbreak, though the better than expected US durable orders numbers rate a mention and where the core ‘non-defence ex-aircraft’ reading came in at 1.1% against 0.1% expected with December revised up top -0.5% from -0.5%. Q4 US GDP was unrevised at 2.1% while weekly jobless claims perked up to 219k after several weeks of slightly below-average readings near 210k. Eurozone confidence indicators also exceeded expectations (overall economic confidence up to 103.5 from 102.6 in January) but again likely pre-dates any negative virus impact.

Incoming economic data will continue to take a back seat, though here the RBA Private Sector Credit numbers for January are of interest given recent signs of acceleration in owner-occupier housing credit.

China official PMIs on Saturday will give some idea of the depth to which activity fell this month. 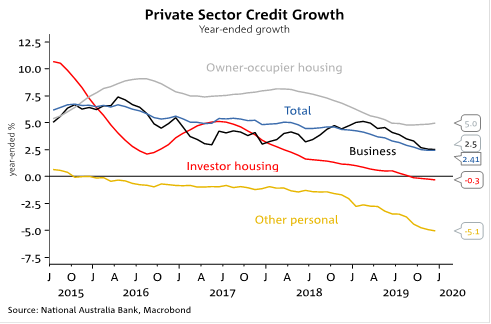 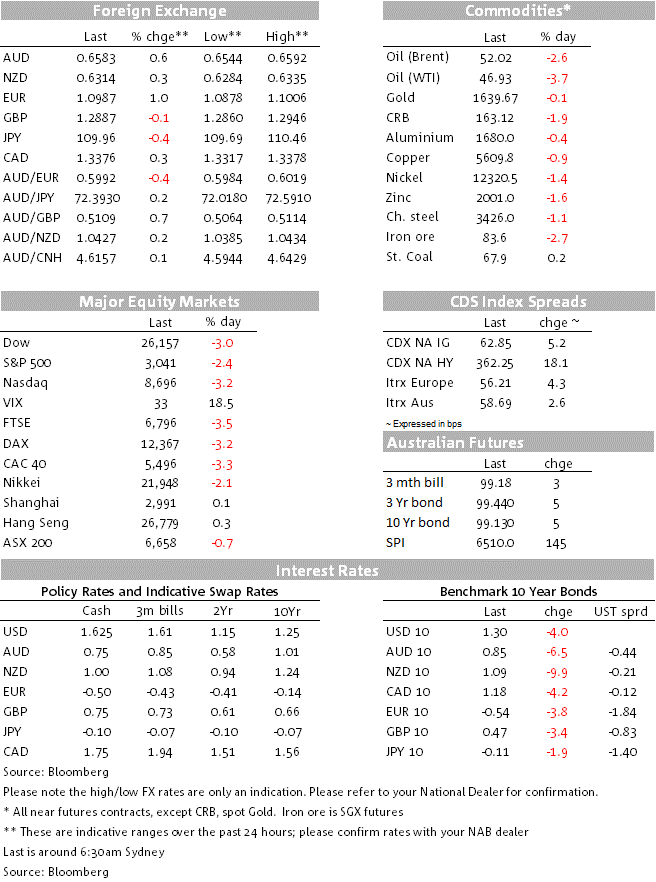