The dovish tone set by the Fed yesterday has seen renewed vigour in the US equity markets helped by further strong earnings.

Overview: You really got a hold of me

The markets like the idea of the Fed now sitting on their hands and letting the economy do the talking on the direction of monetary policy as the Fed also made clear that it is giving careful attention to the management of its balance sheet to ensure the size is consistent with an adequate level of bank reserves to manage the system’s liquidity needs.

After the big dollar followed US yields lower yesterday, it’s since largely been tracking sideways, and despite a further pull-back in US Treasury yields across the curve.  The AUD has been trading toward the lower end of its post-FOMC range, if still well supported at 0.7260/65 this morning.  Elsewhere, G10 currency moves have been relatively contained.

Bonds rally as do commodities

Fed funds futures have further wound back rate expectations, the market further pricing toward Fed easing after yesterday morning’s FOMC statement indicating that while the current state of the US economy is still positive the Fed highlighted that recent developments “warrant patience”, the picture “somewhat contradictory”.  The US 2 year Treasury yield has pulled back by a further 5¼bps to 2.4556% inside the current Fed funds target of 2.25%-2.50%.

Longer term bond yields were lower in Europe (from the soft/weakened economy), but US 10s and 30s have also rallied, perhaps taking some comfort from a market-attentive Fed from the wind down of its balance sheet.  Or is there a little more residual worry about the economy creeping in?

Lower yields were supportive of risk assets, the VIX down 0.77 to 16.89, base metals higher (copper by 0.54%), also supported by post-FOMC dollar softness as is gold and Brent.  Independently, reflecting the supply news on Brazilian iron ore from Vale, iron ore was also higher in Asia yesterday, Dalian futures 2.3% higher as were Singapore futures and cash spot prices.  Coal prices were little changed.

Equity markets have been mixed in Europe, talking in their stride an in-line soft print on Q4 Eurozone GDP of 0.2% for the second quarter, taking growth over the course of last year down to 1.2%, the weakest growth for four years.  Also as expected, the Italian economy was in technical recession in the second half of last year, notching up a contraction of 0.2% after -0.1% in Q3 (a tenth weaker than consensus), the economy overall flat-lining through last year at a barely-visible growth of 0.1% through 2018.  At least part of this reflected their Budget and political woes and likely trade impacts as seems to have been the case in Germany that will release their GDP report the week after next (February 14).

US Jobless claims jumped up in the week to Jan 26 to 253K from the lower than expected 200K last week when market had expected that might have been affected by the shutdown that could well be evident in this week’s higher figure.  Despite the fact that US government were to get back pay as a result of legislation, some may have claimed, claims also possibly affected by those laid off by contractors to the government.  It’s a figure to put to one side for now, a reading that could still be the takeaway also from tonight’s payrolls.

Also released was the Chicago PMI for Jan that was 56.7 down from 63.8 (ahead of the national ISM tonight).  Was this just regional factors or more?  On the other side of the ledger, US New Home Sales, a series that prone to large revisions, surprised on the high side in November, sales up nothing less than 16.9%, also coming with sizeable upward revisions, mortgage affordability assisted by the large bond market rally last year that’s continued into this year. 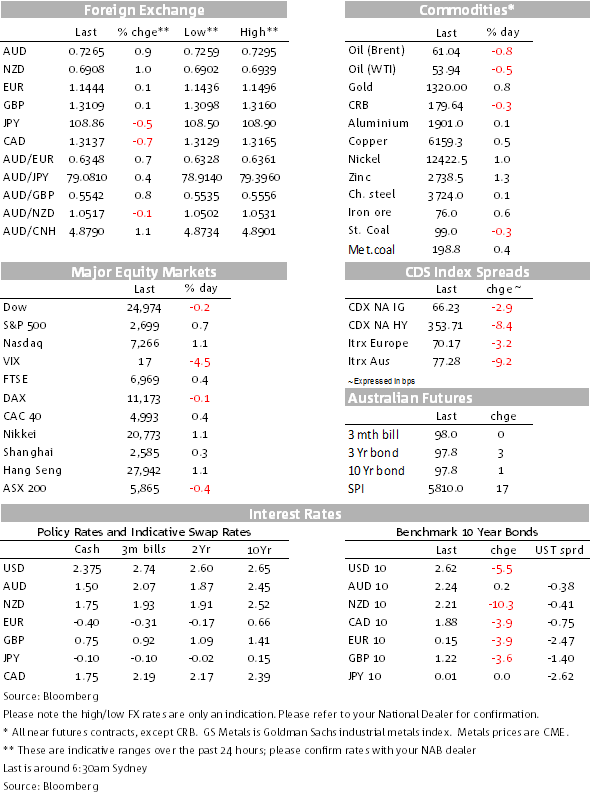