Australia is on track to be the third largest exporter of raw cotton in the world in 2013-14, with forecasts of just under one million tonnes according to the latest Rural Commodities Wrap. The AUD is forecast to track lower which should provide further benefits to exporters.

Australia is on track to be the third largest exporter of raw cotton in the world in 2013-14, with forecasts of just under one million tonnes according to the latest NAB Agribusiness Rural Commodities Wrap.

A recovery in cotton prices in AUD terms is likely to have acted as an incentive to production, with prices above historical average levels and more favourable than alternative crops. However, dryland cotton plantings are minimal due to the extended and extreme drought conditions we have seen impact growing areas.

General Manager of NAB Agribusiness, Khan Horne, says the AUD is forecast to track lower to US 84 cents by the 2014 December quarter, which should provide further benefits to exporters.

“We hit record exports of cotton in 2012-13, so it’s not surprising the Australian Bureau of Agricultural and Resource Economics and Sciences (ABARES) is predicting an easing off of exports this year to just below one million tonnes,” Mr Horne said.

“China has been the biggest influence on global exports over recent years and that looks set to continue.

“Two years of stockpiling cotton has lifted China’s stocks-to-use ratio to the point where it would be self-sufficient for 18 months without any production or trade. This has pushed the world ratio to an all-time high of 89 percent.

“The end of the stockpiling program is predicted to see a substantial drop in Chinese import demand, but this will be partly offset by a rise in world mill consumption of 1 percent, driven by India and Pakistan, as predicted by the International Cotton Advisory Committee.

“An acceleration in the economic recovery of major developed countries is also contributing to a turnaround in the global textile sector.

“In Australia, export returns to growers at the gin-gate are expected to rise by around 4 percent.

“Lint production is forecast to fall by 2.5 percent, according to ABARES. This is still a robust outcome and the quality of fibre is expected to be good overall,” Khan said.

In January, the NAB Rural Commodity Index fell modestly in AUD terms by 2 percent despite a 1.3 percent fall in the AUD, which would have a supportive effect. 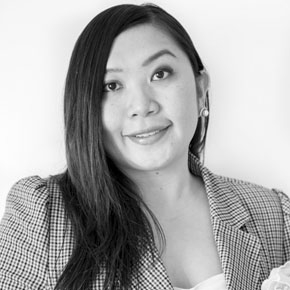 Vyanne joined NAB in early 2013 after spending four years in the Victorian Department of Treasury and Finance (DTF) as a macroeconomic and tax forecaster. In her time in DTF, she was heavily involved in the forecasting of the indicators of the household sector, prices and the amount of Goods and Services Tax (GST) that gets distributed to the state. She also participated actively in the preparation of the annual state publications such as the Budget papers and the Annual Financial Report.

At NAB, Vyanne is responsible for analysing and reporting on the trends and developments in the agribusiness industry, working in conjunction with bankers in NAB’s Agribusiness division.