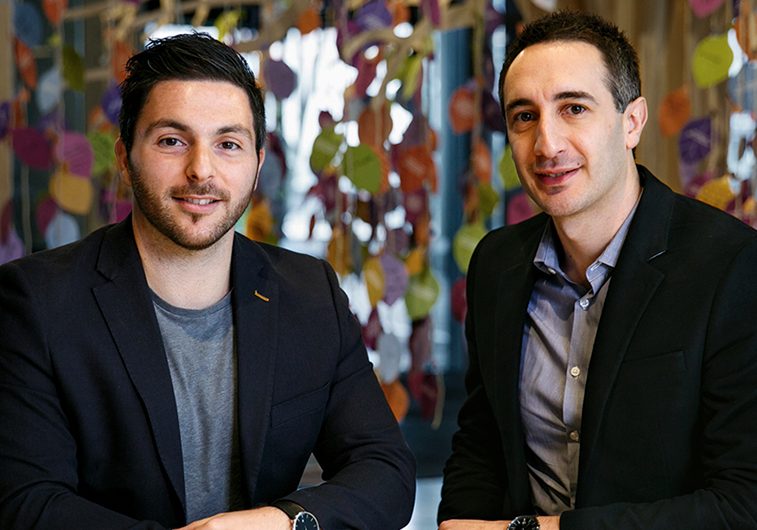 Launched in 2014, Travelport Locomote aims to make it simpler and cheaper for companies to manage the process of approving and arranging business travel and processing expense claims.

Demand for their software from the likes of Allianz, Japan Airlines, World Vision and Medibank has seen the shoestring startup of cousins Ross and David Fastuca morph into a thriving software company employing a staff of 65.

The hard work needed to get their fledgling enterprise off the ground and into the faces of investors and household-name customers held few fears for the Fastucas.

Both grew up witnessing grandparents and parents make the sacrifices familiar to thousands of Italian Australians whose forebears migrated after 1949, with hungry stomachs and hopes of a better life.

“As a child, we lived at the milk bar where my dad worked so I’d be up in the morning at 5am and Dad would be working,” Ross Fastuca recalls. “He’d make me a toasted sandwich, and I’d sit on the bench with him. I’d see him work all the way through to 9 or 10 o’clock at night, seven days a week, and Mum worked there as well.  They ended up growing the business into a very successful one which employed 15 people, just through sheer persistence, hustle and hard work, building relationships and being prominent figures in the community.

“Dad had the opportunity to build this further but chose family first – especially to ensure he was there to help my brother John who had muscular dystrophy. My mother and father were amazing role models growing up, my brother was an inspiration with his strength and my big sister would always look out for us.”

The idea of toiling for wages or working 9 to 5 goes against the grain for the next generation, say the Fastucas.

“Working 9 to 5 never made sense to David and I – we’re not made that way,” Ross says. “As an entrepreneur, you have that drive for something more, and seeing our families work really hard all their lives was a big influence in giving us that drive.”

The cousins had joined forces previously on a succession of ventures including a graphic design agency founded while they were still in high school, a t-shirt business, a digital agency and a nightclub.

“We’ve dabbled in lots of things, but technology and software development was always a passion of ours,” Ross says.

An introduction to serial entrepreneurs Philip Weinman and Clive Sher at a networking event in 2012 provided the inspiration and encouragement the duo needed to stop building online stores and websites for others and get stuck into creating a scalable and saleable product of their own.

“We spoke to them and said, ‘We want to be a product company. We’ve got all the right skills and a few ideas, but we’re not sure what industry to tackle’. And they said, ‘Hey, have a look at the travel industry and see what you can do. I know travel companies are using old technology’,” Ross says.

Mentored by Weinman and Sher, both foundation investors in Travelport Locomote, the cousins developed a blueprint for their system after the investors introduced them to many corporates and they gained feedback from the business community before anything was built.

“Before we even wrote a line of code, we went out and told as many people as we could,” Ross says. “We ended up getting an introduction into a major mining company. We presented the solution to them and they signed the contract to say, ‘If you build this thing, we will use it’. That helped us, having a big organisation that encouraged us to push the product out. We wanted to know we had solved the right problems for corporate travel before we began building.”

It’s a strike-it-lucky success story that was a serious slog in the making.

“It sounds easy now when I talk about it but in reality it was months and months of effort and trips to Sydney where we didn’t have that much money to spend but we did what was needed to make sure we could get this done,” Ross says.

With Travelport’s backing, the company has set its sights on the global market, with staff numbers expected to swell to 100 by year’s end.

“We want to be the best corporate travel platform in the world – that’s our goal,” Ross says. “People say it’s a big dream, but that’s fine. We aim that high. We believe we’ve got a platform that can reshape and change the way corporates look at their business travel.”

A NAB business client since inception, Travelport Locomote is a regular user of the bank’s co-working centre in Melbourne’s Docklands, The Village.

The space is a boon to start-ups which can’t spring for facilities of their own, says Ross.

“We’ve done all our events at the NAB Village. We go there and have our strategic meetings and out-of-the-office meetings. Sometimes I go there when I need to take a day out of the office. I’ll go and sit there; I love the creative space.

“I probably get more work done there than I do in our office, and you always meet some other business there. We’ve taken a few other companies to meet there and every time people say, ‘This is great, we should use this space – it’s a cool spot’.”

This article was first published in Business View magazine (Issue 22).