How to thrive in a changing world

Business View magazine asks three of the speakers at the Sydney World Business Forum 2016 for their views on the biggest challenges facing the business world today. 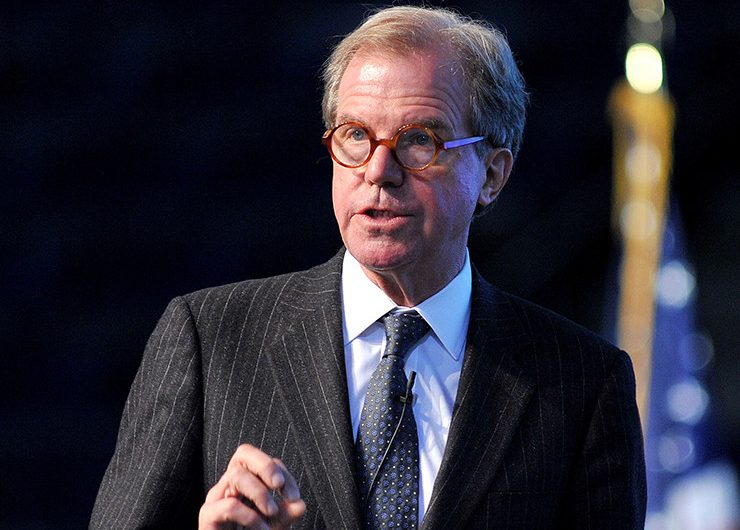 Business View magazine asks three of the speakers at the Sydney World Business Forum 2016 for their views on the biggest challenges facing the business world today.

How technology can help humanity

An architect by trade, Nicholas Negroponte is best known as a co-founder of the Massachusetts Institute of Technology (MIT) Media Lab and the founder of the One Laptop per Child initiative, which deployed $1 billion worth of laptops to primary school students in the developing world. But Negroponte has also provided start-up funds for more than 40 companies including Skype, Wired magazine and Zagats. For him, the likelihood that a particular company will succeed comes down to the kind of person at the helm.

“The success or failure of a company is almost never due to the idea,” he says. “I have seen strong ideas evaporate and weak ones prosper, due to the persona of [the] entrepreneur or founding team. My decision to invest in a company is usually made on subjective feelings about the cast of characters.”

For example, in the mid-1990s Negroponte invested in a Chinese start-up internet company called Sohu, founded by someone with no experience whatsoever with the internet.

“My colleagues laughed him out of the room,” Negroponte says. “But he was so determined, and he made Sohu into one of the first and largest of its kind. Likewise, I invested in a baseball trading card company called thepit.com, about which I knew nothing, and lost my money. When the founder came back with a new start-up a few years later, he asked me to look at his new business plan. I said, ‘No. I do not want to read it, because I will invest in it no matter what it is.’ I did. It was a diaper delivery service called diaper.com, which he then sold to Amazon for $500 million. Go figure.”

The One Laptop per Child initiative came from MIT’s Media Lab. Initially deploying computers to primary students in Senegal, Pakistan and Colombia in 1982, Negroponte and his colleagues were unable to scale the program until 25 years later. In fact, he says, scale turned out to be the natural enemy to rolling out the program.

“The hidden challenge that we never expected was commercial friction. Lowering the cost of laptops so dramatically, as well as not using Windows or Intel, was such a big threat that our biggest challenges became Microsoft and Intel – not dishonest officials, nor recalcitrant teachers, not theft or resale.

“A total of about 3.5 million laptops were given away, but more importantly, another 20 to 40 million ended up in the hands of children who would have never gotten them, due to national tenders in which we participated openly. That is to say, we announced our price, thereby forcing others to come down.”

According to John Mattone, widely recognised as one of the world’s leading authorities on leadership, there are two enormous gaps facing both global companies and SMEs today: one in leadership at all levels and one in culture.

“Most companies do not have enough great leaders and future leaders to sustain operating success,” says Mattone. “Nor do they pay enough attention to building and sustaining a culture in support of their operating imperatives. Despite the million books published on leadership, countless seminars and events, thousands of retreats and executive education programs, we continue to fall short.”

“Things are so disruptive now in the business world with change and the pace of change. I have discovered the only antidote to disruption is possessing a disruptive mindset and skills as a leader. It starts with thinking different and thinking big. But there are other elements we must learn to accept, embrace and execute.”

Mattone believes that for individuals, the key to unlocking greatness is making the decision to be vulnerable. His view is that in recognising that we are not quite as good as we can be and in fact need to be, we open ourselves up to considering and accepting feedback and different perspectives. He concedes this feedback is often painful, but says people only change when they feel this pain, and organisations only change when their leaders and employees feel this pain and change.

“I have discovered in my coaching work that leadership greatness starts with greatness in what I call the ‘inner core’,” he says. “A leader’s self-concept, character, values, thinking patterns [and] emotional make-up represent the inner core. If a leader’s inner core is not right and not as strong and vibrant as it needs to be, these gaps will show up in their ‘outer core’, which are the behaviours they present to their employees.”

A trait Mattone considers non-negotiable for a great leader is positive thinking: “It drives powerful emotions like excitement, passion, drive and energy which, in turn, incite positive behaviour and action – to solve problems, focus, make a critical decision and lead a team.”

Managing risk in an uncertain environment

Recognised as one of the world’s top 10 management thinkers, Rita McGrath’s latest work proposes a new playbook for companies
to compete and win in today’s fast-paced,
ever-changing environment. She says the old rules of strategy are no longer effective, because back when a lot of them were developed, US and European companies had global markets pretty much to themselves.

“Extensive transaction costs meant that you had to own assets to have the use of them, which in turn created entry barriers that kept competitors from being able to get into your markets,” McGrath says of the old environment. “Many companies in those days were based on products, and more than that, often asset-intensive manufactured products. Competitors were mostly companies that provided similar goods and services.

“Companies today have to compete globally, both for customers but also for other key resources like executive talent. Transaction costs have plummeted with the advent of digitisation and the rise of services, meaning that one can create markets to provide access to assets where before you had to own assets.

“This in turn means that barriers to entry are weaker than they once were – indeed, owning a lot of fixed assets, which used to be a strength, can now be a disadvantage when you are dealing with more fleet-footed, asset-light competitors. Competitors today are often from entirely different industries, but ones that manage to help customers get ‘jobs’ they have to do get done.”

McGrath also argues that the nature of competition itself has changed, in that many companies now compete fiercely in product markets but work cooperatively within their supply chain relationships. She offers the example of Apple and Samsung, which busily sue one another over patents but are interdependent on one another on the supply chain side.

She suggests SMEs use these changes to their own advantage. “It’s actually easier than ever for SMEs to compete on a relatively level playing field with larger firms if they leverage technology and the fact that they will be inherently nimbler than their larger opponents,” she says.

And she offers two ways of dealing with the uncertainties of doing business today: “The first is to invest in [the] prevention of bad outcomes, by investing in the next-generation competitive technologies, by inventing the potentially disruptive business models or by holding on to key barriers to entry, such as maintaining a network of users who provide competitive differentiation, a la Facebook,” she says.

“The second is to build in resilience, so that if an undesirable outcome does take place, you have the resources to respond. In a business context this might involve building in redundancy, creating pockets of spare resources or otherwise investing in buffers. That buys you time to consider the best course of action when something unexpected happens.”

Are you ready for the AI business revolution?

The story of a tiny surgical screw breaking into the US market is inspirational. Can other Australian healthcare entrepreneurs learn from its success?

Are you ready for the AI business revolution?

By unleashing the power of big data, artificial intelligence is helping businesses supercharge their performance.