Insights from Mauro Porcini at the World Business Forum

Mauro Porcini, the first ever Chief Design Officer at PepsiCo, shares what he’s learned at the World Business Forum. 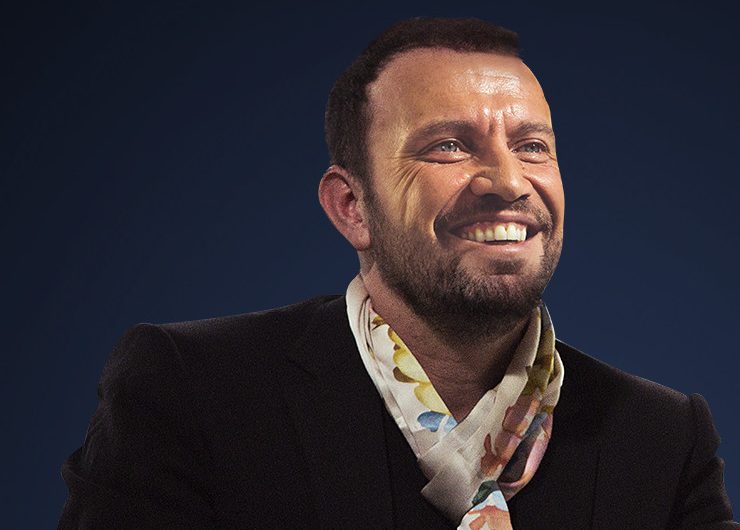 Mauro Porcini, the first ever Chief Design Officer at PepsiCo, has been driving a consumer and design led approach to innovation at the multinational food and beverage company.

At the World Business Forum he shared some key challenges in getting innovations green-lit and suggests ways to work around them.

One of the biggest problems when it comes to innovation for many companies is risk management. Porcini believes design can play an important role in mitigating risk.

“Design is the article, the thing you sell, but it’s also the thinking – this is the connection between empathy, strategy and prototypes,” he says. “Empathy is about understanding people with a different kind of sensitivity typical of the creative world; while strategy is about translating all the insights coming from empathy into a business strategy connected to your brand and your customer relationships.”

When someone in the team has an idea, he suggests immediately visualising it, whether this is via a sketch, mock-up or video. The idea is that by building a prototype you have an idea that people can touch, experience, feel and share, something that helps you create alignment within the organisation.

“For example, if I say the word ‘knife’ each of you will have a different idea of a knife,” he says. “But if I sketch a knife, now we are all aligned around an idea. Without any boundaries of time and space you can create something to share with people from different parts of the world.”

Now that you have the prototype of the knife, every person in the room involved in the decision-making process can provide feedback. For example, feedback may be that the blade is not sharp enough, the handle is not comfortable enough, the brand is not visible enough. “Those are not mistakes – all that’s happened is I’m empowering everybody in the field, everyone in the company, all the different functions to work in parallel to co-create,” says Porcini. “I can take it all the way to customers, and other opinion leaders outside of the company. How we modify the knife is progressive and evolves the quality of the idea.”

The power of the shiny object

He suggests never underestimating the emotional connection people get from seeing an idea in physical form. “We love to play with shiny objects, so every time you try to get sponsorship and engagement from your CEO or from your investor, there is something they can touch and engage with,” says Porcini. “People are bombarded with so many new things that having something to touch and play with is so powerful.”

Prototyping, connected with empathy and strategy led by design in collaboration with the business world and in partnership with leadership creates efficiency, drives speed and increases the proficiency.

“Working in parallel instead of in secret is so important,” he says.

Going through this process has the valuable role of increasing confidence within your organisation that what you are doing is the right thing to do.

“It also improves the feedback process – how many times have we seen a product that you think you are tweaking because consumers are telling you to tweak it and you end up killing the idea.”

Qualities of a design thinker

According to Porcini, design isn’t just about the shape of a product; it’s about how a company thinks.

In this article, The 8 qualities of the Innovator and the 7 characteristics of the Design Thinkerhe defines the essential qualities of the design thinker including those that are dialectical, smoothly jumping from one field to the other, moving from marketing to technology, from anthropology to manufacturing, from communication to research; and storytellers, who are able to translate those messages into compelling scenarios and visions, aiming to engage and inspire those targets.

Up close and personal. Is it time your business began connecting with customers in the micro-moment?

There’s one factor above all others that can help lift a nation’s productivity growth and boost its prosperity and living standards according to a recent report by CSIRO, NAB and 20 other organisations. That factor is technology adoption.

Big shifts in our buying habits are seeing Australians spend more on experiences – and that’s forcing retailers to think outside the box.