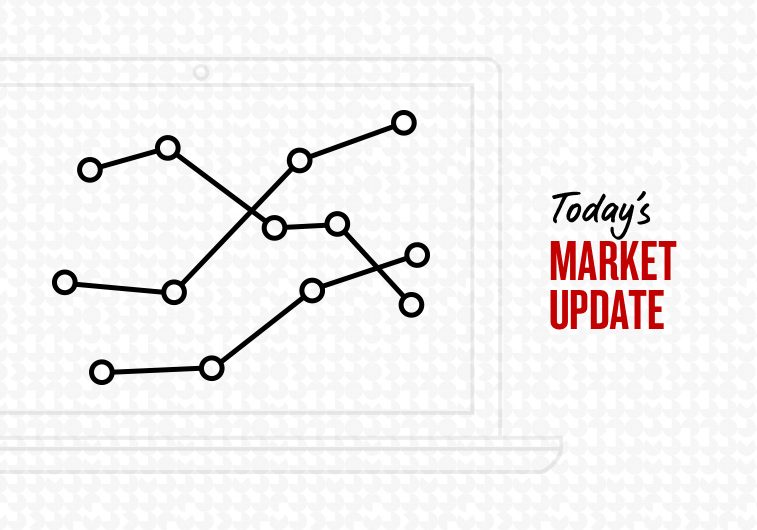 Overview Worried About You

“Yeah and baby, ooh sweet things that you promised me yeah; They seemed to go up in smoke; Yeah, vanish like a dream, baby;I wonder why you do these things to me; ‘Cause I’m worried”, Rolling Stones 1975

Caution is in the air ahead of the FOMC this week where market moves on Friday tiled towards a mildly hawkish outcome. US 10yr yields rose 2.4bps to 1.36% with an intraday high of 1.38%, driven by the real yield component (+4.3bps to -0.99%) while the implied inflation breakeven actually fell -1.4bps to 2.35%. Upcoming supply was also cited as factor behind the moves. Over the week the inflation breakeven has fallen -4.9bps, while the nominal yield has lifted 2.1bps. The policy sensitive 5yr yield is also up 4.5bps on the week to 0.86%, flattening the 5s30s curve further to be down some 8bps to 103bps. A flatter curve suggests some fears the Fed may overdo the eventual hiking cycle, while steepner trades have also likely been curtailed ahead of the FOMC. Key to fears of a hawkish surprise centre around the dot plot with a low bar to see a 2022 hike being pencilled in (only 2-3 people need to shift the median given 7/18 had a hike pencilled in for 2022), while the Fed will also have dots for 2024 which will give an indication of the steepness of the potential hiking cycle. As for tapering, the consensus is for an announcement to be delayed until the November or December meeting.

Equities fell with the S&P500 down -0.9% on Friday to be down 2.0% on the month so far, though still only 2.5% away from their all-time high. Newsflow has been on the softer side with China’s Evergrande woes continuing and interest payments falling due this week on Monday and Thursday (see below for details). Blue skies policy ahead of Chinese holidays (mid-Autumn this week and National Day in October), as well as ahead of the Winter Olympics in early February has added to growth fears and rising steel inventories. The delta outbreak in Fujian province is also ongoing with 45 new cases on Saturday. In this light commodity prices were generally lower on Friday. The Bloomberg Commodity index, which hit a six-year high mid-week, was down 1%. Of note, iron ore futures traded below $100/tonne on Friday for the first time since July last year. Iron ore prices are down more than 20% last week

Data flow has been modest, though the US University of Michigan Consumer Sentiment Survey highlight consumers remain cautious despite the bounce in retail sales last week. Sentiment came in at 71.0 against 72.0 expected and little moved from its fall to 70.3 last month. The lack of a bounce suggests fears around delta are more persistent. Inflation expectations were also mixed with the 1yr lifting to 4.7% from 4.6%, while the 5-10yr was unchanged at 2.9%. Interestingly buying attitudes for household durables fell again to a low reached only once before in 1980, and long term economic prospects fell to a decade low. Some commentators are drawing the link between higher inflation and reduced appetite to purchase with consumers delaying purchases until transitory inflation normalises. It could also be that delta uncertainty is also leading to higher pre-cautionary savings. Either way it suggests consumers are more cautious then the rebound in retail sales last week suggested. Meanwhile across the pond UK Retail Sales unexpectedly fell with core retail -1.2% m/m against 0.8% expected. Supply chain disruptions were cited as a factor, as well as normalising food sales.

The USD was stronger across the board on Friday, with BBDXY up around 0.3%, against a backdrop of more cautious risk appetite. Commodity and risk-sensitive currencies were among the underperformers, including the NZD (-0.4%), USD/CAD (+0.6%) and USD/NOK (+0.9%). The AUD was a little more stable, down -0.1% to 0.7279. If the Fed dot plot tilts hawkish and markets expect the lift in inflation to be transitory, then that has the potential to lift real yields and give further support to the USD.

Coming up this week:

It’s a big week for central banks with the US Fed, BoE, BoJ, SNB, Riksbank, Norgesbank all meeting. The Fed of course will garner all the attention, but also be wary of hawkish signs from the BoE’s now filled out MPC, as well as the Norgesbank which is set to lead the advanced economies in hiking. Headlines from China are though likely to remain on the weak side with Evergrande’s default closer with two interest payments due on Thursday (default risk is highly priced given one note is trading at 30% of face value). On the data front globally its PMI time again. As for Australia it is only the RBA Minutes of note. Details below:

Very quiet apart from the Canadian election. NZ has the PSI, the ECB’s Schnabel speaks on 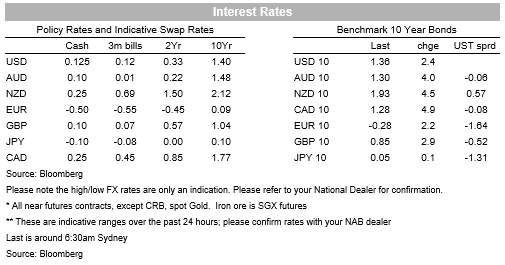