Markets Today: the thrill is gone

The Yuan has served to undermine all of the gains in the AUD generated by yesterday’s good employment report.

US President Trump’s interview with CNBC, which aired early afternoon New York time enlivened markets in which he opined to not being happy about recent Fed rate rises, has brought the US dollar to heal after having just posted a new one year high above 95.50 in DXY terms, as well as seeing stock prices and bond yields slightly lower. Commodity prices remain under the pump, which together with the earlier weakening in the Chinese Yuan – partially reversed on Trump’s comments that the Yuan was ‘dropping like a rock’-  has served to undermine all of the gains in the AUD generated by yesterday’s good employment report.

To be fair to the President, he qualified his Fed rate rise comments by saying that he respected the Fed’s independence, but this doesn’t diminish the fact that historical political protocol continues to be disregarded in just about everything Mr Trump says. The irony is his remarks is of course that back in 2016, he was criticising the Yelled Fed for keeping rates too low, which he saw as an attempt to maintain stock market strength in order to help then Democrats retain control of the White House later that year.  The shoe is of course now on the other foot.

No matter, we can remain confident the Fed will do what it thinks it should do. More telling to our mind was his criticism of the EU for the $5bn fine imposed on Google this week and his remark that that the Chinese Yuan was ‘dropping like a rock’. So the President’s distaste for a stronger dollar is back on show, despite his (current) chief economic adviser Larry Kudlow’s previously espoused view that ‘king dollar’ should be in the ascendancy this year. What we take away from this is that there is as yet no reason to think Trump is ready to back off his threats to go ahead with the tariffs on an additional $200bn of Chinese goods come September, or that he will as yet withdraw the threat of 20 or 25% tariffs on auto imports.

US stocks have closed with losses of 0.4-0.5%, all sectors bar real estate and utilities posting losses (telecoms faring worse). Stocks fell away in the last couple of hours of trade, seemingly aggravated somewhat by the Trump remarks, which if nothing else keep the risk of escalating trade tensions very much to the fore.  Microsoft reported after the close and beat both its EPS and revenue estimates, despite which the stock initially fell in after-hours trade but is now about 0.5% up on its NY closing level.

Treasury yields continue to leak lower, 2s by another 2bps and 10d by 3ps to 2.84% – still inside the prevailing range but meaning the curve is maintaining flattening pressure

Having earlier made a new one year high of 95.65 in DXY terms on fairly broad based USD buying but with Sterling weakness post weak UK retail sales one of the drivers, the reversal post Trump’s comments has been led by USD/JPY, symptomatic of the mild risk-off tone in late-day equity market and lower US Treasury yields.  Also adding a bit of pressure on GBP, since reversed by USD slippage, has been the reports of an EU ‘Doomsday Scenario’ document prepared for the event of a UK crash out from the EU. The report highlights the legal consequences of Britain becoming a ‘third country’ with airline licenses, certain citizens’ rights and medicine certificates ending overnight. In total, the FT notes the commission has issued 68 such ‘preparedness’ or doomsday notes.

The Euro is little changed over the past 24 hours while commodity and other export dependent currencies all lower by between 0.5% and 0.8% (NZD, CAD and NOK faring worse even though all prices haven’t suffered as much as hard commodity currencies). The LMEX index of industrial metals prices is off another 1.5% overnight to now be 16% down on its early June highs. Zinc, nickel and lead are all off more than 2%, aluminium and copper by 1.3% and 1.4$ respectively.

AUD’s rally post the employment data was undone first by the fresh weakening in the CNY as soon as Chinese market opened with USD/CNH poking its head above 6.80 (back to 6.76 on Trump but since back to 6.79 as I write) and then falling commodities. Yesterday’s news that the PBoC was marshalling its MLF in an effort to persuade banks to lend more to the SME sector, seen as a sign of concern that the economy is softening too much on the back of tightening credit conditions, was one of the factors that drove the earlier CNY weakness.

Yesterday’s local labour data were unambiguously good news, giving AUD an immediate lift. The 50.9k headline increase in employment means that trend employment growth – now 27,000 – has accelerated in recent months and is now well above the rate required to lower unemployment rate – 15,000.  So the rate of employment growth might now be exceeding the rate of participation growth, which if sustained would mean that unemployment fell. This month unemployment ticked fractionally lower again (to 5.37%), thereby sustaining last month’s fall. It would have fallen further if Victorian unemployment had not spiked. Overall, an encouraging report, which suggests progress in lowering unemployment.

Sterling spent time below $1.30m against the US dollar yesterday after June retail sales data came in well below expectations.  Sales fell by 0.5% against expectations for a 0.2% increase, with the core measures similarly weak.

Apparently the Brits were sat in front of the TV watching the World Cup, not wanting to venture out. So higher food and drink sales, but little else. This said and despite a -0.5% m/m fall, the strong rises in April and May

The main US release overnight was the Philadelphia Fed survey where the headline current activity index rose to 25.7 in Jul from 19.9 in Jun, above the 21.5 consensus.  Less positively, the 6-mth outlook index fell to 29.0 from 34.8.   Details were mixed, with current new orders up, shipments down, employment down, delivery times up.  The prices paid index rose to 62.9 from an already high 51.8, another sign of building inflation pressures.

We also have weekly jobless claims data which at 207k is the lowest since 1969. 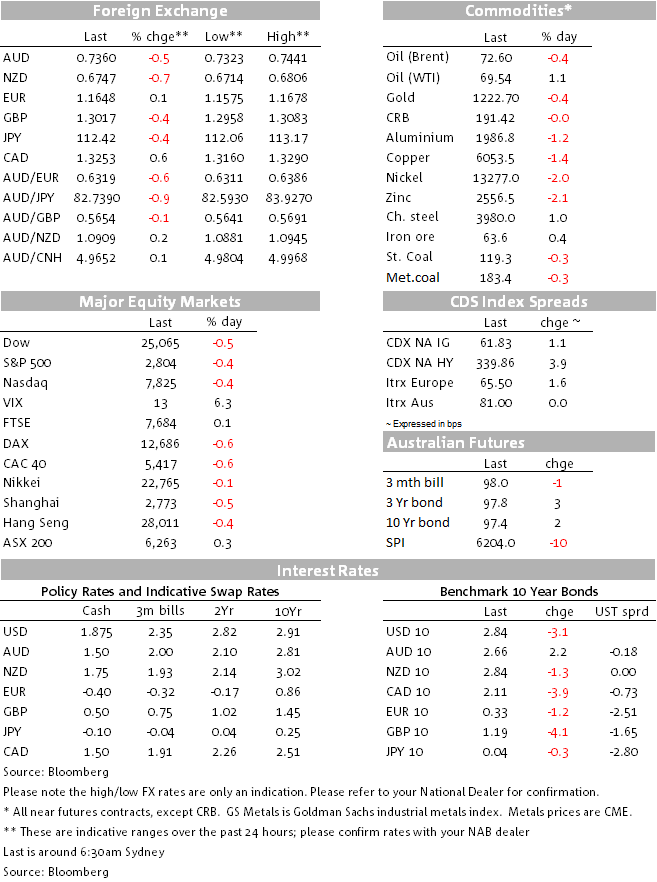