Australia’s wellbeing has fallen across all measures – life satisfaction, life worth, happiness and anxiety.

More than one third of Australians reported very high levels of anxiety and overall wellbeing fell nationally in the quarter ended 30 June according to research by the National Australia Bank.

Results of the latest NAB Wellbeing Index showed Australia’s wellbeing for the June quarter 2016 fell across all measures – life satisfaction, life worth, happiness and anxiety.

The report released today found national wellbeing had fallen to 63.6 (where 0 is the lowest and 100 the highest) in Q2 compared to 64 in Q1.

Women aged 50 years or more defied the national trend, with the demographic collectively reporting the highest level of overall personal wellbeing, while those not in a relationship reported the lowest level.

While money doesn’t buy happiness, it’s significant that low income earners are among those with the lowest levels of wellbeing in Australia and also report very low levels of connections to their local communities.

According to NAB Chief Economist Alan Oster:  “Access to quality local jobs and housing affordability were most commonly cited as the way to improve wellbeing within their local communities”.

“Housing affordability has jumped ahead of safety and law and order as the second highest on the wish list.”

Relationships with family and friends remained the greatest positive influence on wellbeing – however this had fallen significantly since the previous report. 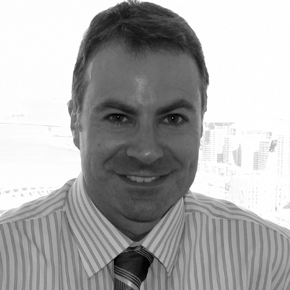 Dean has over 20 years experience in analysing the economy and assessing the implications both in Australia and globally.

At NAB, Dean leads a team of analysts responsible for monitoring key business trends and identifying industries which are likely to provide the strongest growth opportunities and greatest risk.

Dean is a sought-after key note speaker at major business forums, with the ability to present complex information in a readily digestible and entertaining manner.

Wellbeing diverging markedly across the country.

Sustained large budget deficits likely regardless of the victor, with Biden the frontrunner.