As CEO of Pindara Private Hospital for the past seven years, Trish Hogan has steered more than $110 million worth of development, transforming the Ramsay Health Care-owned operation into the largest and most comprehensive private hospital on the Gold Coast.

As CEO of Pindara Private Hospital for the past seven years, Trish Hogan has steered more than $110 million worth of development, transforming the Ramsay Health Care-owned operation into one of the largest and most comprehensive private hospitals on the Gold Coast. Starting her career as a nurse and quickly developing a passion for patient care, Hogan now oversees a business with more than 1300 staff, 348 beds and an ever-growing reputation as a centre for medical excellence.

As CEO, you’ve overseen a major period of redevelopment. What’s that process been like?

Ha, ha, we just call it a building site! When I first came here, Pindara was one of the smaller private hospitals on the Gold Coast and while it was well regarded, it wasn’t widely known. My role obviously was to grow the business in conjunction with the redevelopment. We’d had development approval for expansion to 450 beds. The first stage had already been approved, but we had to submit business cases for stage two and stage three. When we went to stage two, we didn’t have enough land so we had to buy a block of Crown land from the school next door, which was an interesting task. My role was to oversee the development of the new buildings but it’s no good having the buildings if you can’t fill them. One of my big challenges was to liaise with the medical community and get them to bring their business to Pindara so we could continue to give excellent service. Staffing and building the organisational culture as you go was another important part of it. You can imagine going from something that’s small and family-orientated to an organisation three times the size and making sure you don’t change that nice culture.

What do you see as your biggest challenge as CEO of a large private hospital?

Clearly it’s the increasing costs in healthcare and the sustainability of it over time. It’s a juggling act managing costs but also ensuring you have that high-quality service. We have to deal with the community notion that all health services should be free. Customers these days are very astute and have high expectations. But it all comes at a cost, so the question is how do you give value for money within the cost framework you’re working within?

Pindara was the first Queensland private hospital to gain accreditation on all 10 NSQHS Standards. How big a task was that?

One thing we do here is say we can do this and then just knuckle down and do it. We have a marvellous team with a healthy appetite for achieving. Getting that accreditation was a goal of mine and our director of clinical services. She was adamant we could do it because our processes were already in place. I can honestly say it wasn’t a difficult process. We just had to make sure everything was in line with what was required. Everyone was elated.

Pindara recently won the APHA Queensland prize for innovation for an online 24/7 education tool for staff. How do you drive innovation?

Everyone has different traits and I’m a doer, not an innovator, so I like to listen to people’s ideas and then help plot the path. I encourage people to get out there and be brave. This year, for example, I’ve said we want to focus on technology and IT and asked people for their ideas, and we certainly get great ideas this way. One of the new things we’ve done that I love is starting a quarterly glossy health and lifestyle magazine. The aim is to give the community relevant information. It’s in patients’ rooms but also goes out to coffee shops, hairdressers, etc. One of the national standards is community participation and we see this as great community education.

What’s your vision for Pindara?

We’re up to stage three now and that involves a new emergency department, and we’re doing the IT systems upgrades. Plus, we have another site at Southport coming on soon. My goal is for Pindara to be top-of-mind in the community, and to continue to build confidence in our services so people will say, ‘Take me to Pindara’. But my main passion is to make sure the organisation is a nice place to be. You have to work hard at that, but it’s the thing that pays you back in spades. You’ve got to have a great culture with staff who want to deliver great service and that flows through the whole business. 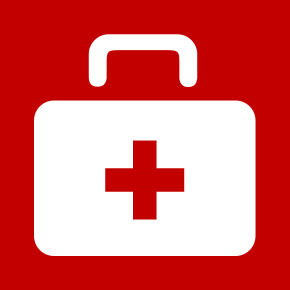