Japan is arguably Australia’s most important Asian ally, and its large market of wealthy consumers is a natural target for Australian businesses selling high-quality goods and services. Here are some tips to help you establish successful business relationships. 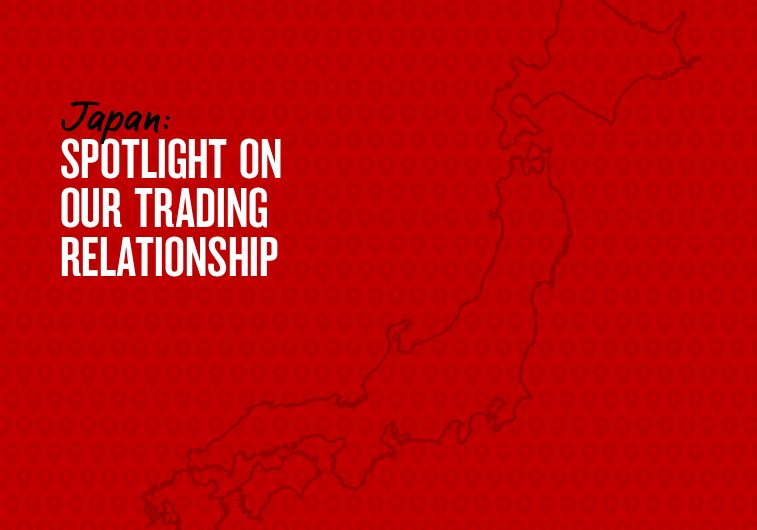 Sometimes the hype around China overshadows the importance of Australia’s relationship with Japan – our most mature partnership in Asia.

Japan is the world’s fourth-largest global economy (on a purchasing power parity basis), and Australia’s second-largest trading partner (after China), and the Australia-Japan relationship is fundamental to the strategic and economic interests of both countries.

Australia is Japan’s largest supplier of strategic raw materials, selling Japan almost $12 billion of coal a year along with significant exports of iron and copper ores.

Predictably, Australia’s largest import from Japan is passenger motor vehicles, followed by refined petroleum, gold and goods vehicles. But despite the ubiquity of Japanese cars on Australian roads, the total value of our imports from Japan is a little over half that of our exports to Japan, giving Australia a significant trade surplus.

Relations between Australia and Japan have proved incredibly durable despite numerous sore points over the years. The historic 1957 Agreement on Commerce, signed by Japan’s then prime minister Nobusuke Kishi (grandfather of current Japanese Prime Minister Shinzo Abe), was controversial at the time. Coming just 12 years after the end of World War II, during which Japanese forces had attacked Sydney and Darwin, it made Australia the first nation to welcome Japan as a trading partner after the war. Japanese whaling, and Australia’s refusal to act against the controversial Sea Shepherd Conservation Society, have also created tension.

The relationship between Australia and Japan is strong enough to handle these pressures. The Japan-Australia Economic Partnership Agreement, which entered into force on 15 January 2015, is the most liberalising trade agreement Japan has ever concluded. On a more personal level, the 2017 Lowy Institute Poll found that 86 per cent of Australians trusted Japan “to act responsibly in the world”, second only to our confidence in the UK at 90 per cent.

This article was first published in Business View magazine (Issue 24).

Amazon – raising the retail bar Down Under?

We see retail sales continuing to grow in April, albeit at a somewhat slower pace than previous months.