Insights from Ken Segall at the World Business Forum

Simplicity is about perception, authenticity and doing fewer things better. Former Apple creative director Ken Segall reflects on his time at the tech innovator to explain why simplicity is also the foundation of great business practice in today’s complex world. 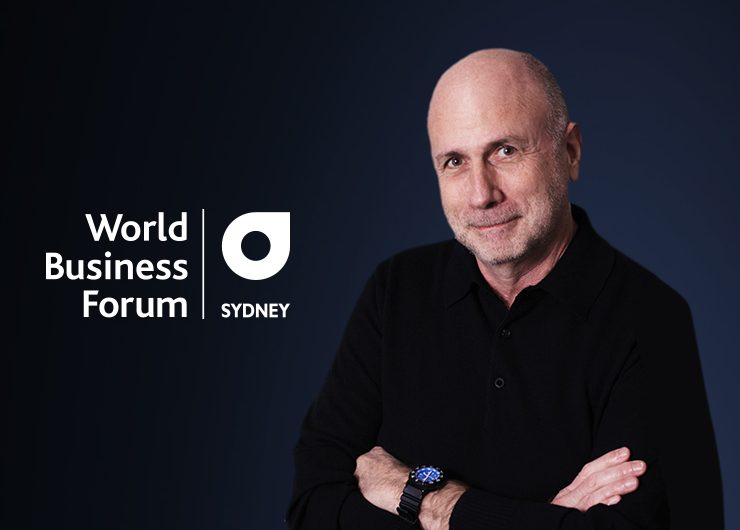 Why simplicity is the answer to a complex world: Former Apple creative director on harnessing simplicity to solve business problems, find truth and truly innovate.

Simplicity is about perception

Apple’s first logo was the most complicated logo ever created. But there is a path to simplicity; a tree may look simple but it has a complicated root system.

I talk about the perception of simplicity … because the bottom line is the only thing that matters is if someone goes away from their experience with your company and feels like they have had a simple experience, a positive reaction. Then they will have a positive reaction to you; because every human being prefers simplicity.

Authenticity is the key to being simple. And Apple is my best example of this.

When Steve Jobs came back in 1997, the company was 90 days from bankruptcy. The world’s eyes were on Apple. There would be no new products for eight months, so we created the ‘Think Different’ campaign to tell the world Apple was alive and well and to create the foundation for products to come.

Steve started the team working on a home computer – the iMac. We would celebrate the lives of people who changed the world for the better. We set out to tell the world who Apple admires and set the stage for the new products.

Think Different was a simplifier for us: every headline had to lead there and, if it didn’t, we didn’t run it. Everything was about supporting the idea of thinking different.

Choice has a dark side

Everyone likes choice when we shop but there comes a time when choice gets in the way. A lot of the time you can become so burdened by choice you don’t do anything. There’s a difference between giving people infinite choice and the right choice

That is critical for every business to determine. If you’re looking for a laptop today, for example, Dell has 26 models, HP has 41 and Apple has three. And of all available profit in the PC category, Apple makes more than HP and Dell combined – that speaks well to the power of the right choice and a lack of confusion.

The language of simplicity

It wasn’t that Apple was cool, it was human. They were the most human computer company because they connected with people. Every word is important and so is every letter.

The ‘i’ started with iMac. The concept was simply that iMac was the easy way to connect the internet. ‘i’ for internet and mac for Macintosh. Steve originally wanted to call it MacMan. All we could do was try to come up with something better. So we went off and did our thing, and iMac was one of the first things I came back with because it was so logical. After a time, lo and behold, it became the name. Good ideas shouldn’t be forgotten just because someone has an initial reaction to them.

We seeded the Think Different campaign six to eight months before this computer appeared. Because all the computers of its day were boxy, boring and beige, all we had to do was put the machine on a page and say, ‘Think different’.

Steve famously said: “Innovation is saying no to 1,000 things.” Apple has a philosophy that we don’t want to put too many things in; even if they’re great, it makes the everyday things hard to find.

In 1997 when Steve returned, Apple’s product line was ridiculously big. The most important thing Steve ever did for Apple, the day he introduced the iMac actually, is he got up on stage and said he was killing virtually all of Apple’s product lines. “We’re going to make four things and four things only,” he said. They would be world-leading in design and functionality and we would focus all the company’s resources on them. This made it clear to every customer what Apple stood for.

Love was a big deal for Steve. He would say that our job was to create an emotional connection between customers and Apple. If we could generate that love then three good things would happen: people would keep buying, they would evangelise and they would let Apple slide when the inevitable bad thing happened. He knew that you would survive it because there is that emotional connection.

Apple University was created by Steve to teach the values of Apple. One of the visual aids used was a series of drawings of a water buffalo by Picasso. He started detailed, then ended up with just a few lines. There is hardly anything there in the final drawing, but it’s more aesthetically pleasing and more memorable and it conveys the meaning of ‘bull’.

You can take stuff away without adversely affecting the message at all. That’s a very important thing in the world of Apple. Steve said: “We make progress by eliminating things, by removing the superfluous.”

Simplicity is in the air

Steve didn’t give speeches about simplicity but it was part of our culture. Culture is very important, and he talked about bringing culture into the product. Apple has a culture in which simplicity is one of the values, so what comes out of the company tends to be simpler.

Where to begin with simplicity?

The global pandemic upended every aspect of trading business operations, including supply chains. In the first of NAB’s three-part series of roundtables, NAB’s Michael Saadie speaks to two industry insiders about how supply chains have been impacted and what Australia’s traders are doing to adapt and capitalise on ever-increasing consumer demand.