There’s been much ado about November’s Third Plenary Session of China’s Communist Party’s Central Committee. The salient pronouncements from this four-day meeting are embodied in a communiqué entitled “The Decision on Major Issues Concerning Comprehensively Depending Reforms” (or “The Decision”). This provides the framework by which China’s leadership presents the long-term vision for the country’s development path. It’s a solid indication as to how the country will be led for the remainder of this decade.

The reform measures are wide-ranging. Sixty targets in 15 areas have been established as part of the reform roadmap. Several measures are likely to have a marked impact on the domestic economy – and how China will feed itself. With Australian Agrifood exports to China at A$3 billion and growing at 26 per cent per annum, these changes are likely to have a significant impact.

The world’s population is expected to grow to 9 billion by 2050. By then, Asian Agrifood demand should double to US$3.1 trillion. Asia’s incremental demand growth is forecast to be 2.5 times the rest of the world combined. China is expected to comprise a whopping two-thirds of this.

There is no other industry where the basic laws of economics – particularly demand and supply – work better than in agribusiness. So while demand looks bright the supply of arable land, water and other scare resources are finite. In some cases available natural resources are shrinking.

A Food and Agricultural Organisation of the United Nations (FAO) Agricultural Outlook report released in June 20131 made a number of important points in this regard. Namely that China’s consumption growth will outpace production by 0.3 per cent per annum. This is similar to the historical trend. Secondly, China’s entry into global agricultural markets has started to drive mergers and acquisitions in the agribusiness arena. Underscoring this, from 2010 to September 2013, the value of major outbound Agrifood M&A deals was in excess of US$9 billion. This is a trend that is feeding into aggregate global M&A activity.

In 2012, activity in the food and beverage sector was up 117 per cent on the previous year. Continuing the trend, food & beverage was the most targeted sector globally for financial sponsors in 1H 2013 with $40.2bn in M&A volume via 25 deals.

Finally, expansion of agricultural production is likely to slow due to resource constraints and declining productivity gains. This will increase the predominance of global trade. Currently, about 16 per cent of the world’s calories cross international borders.

Countries like Australia, with plentiful and safe supply and strong bio-security, are well placed to satisfy such demand. Australia has four times more arable land per capita than its nearest competitor – the US. It also has a major geographical advantage to the most densely populated region in the world. That said, elevated exchange rates – which have moderated in past months – high labour costs, and the need for better infrastructure are known challenges that need to be addressed.

Concerning the recent Plenum, there were numerous key pronouncements that should have a significant, ongoing and generally positive impact for Australian agribusiness. This includes a continued commitment to urbanisation, the spotlight on sustainability and the environment, and changes to China’s one child policy to name a few.

Over the last three decades rapid urbanisation in China has created the largest mass-migration in history. Since the mid-90s China’s urban population has expanded by 21 million people per annum – about the population of Australia. This has been one of the main contributors to China’s steep growth path.

In the first eight months of 2013 horticulture and animal protein exports from Australia to Greater China increased 61 per cent and 182 per cent respectively. Underscoring the growth prospect, Australian Bureau of Agricultural and Resource Economics and Sciences (ABARES) estimates that in 2050 China’s imported beef market will increase to US$10 billion2.

Protection and rehabilitation of the environment is clearly top of mind for China’s leadership. China’s central government has generally assessed the performance of local government through economic metrics. Gross Domestic Product (GDP) growth has reigned supreme. However, the pursuit of higher growth has come with other costs – particularly environmental degradation.

Unsustainable agribusiness practises have also taken a toll. The decision clearly articulates that the Central government is more committed than ever to protecting the environment through direct and indirect means.

China’s ability to satisfy increased food demand depends mostly upon its domestic productive capacity. Output – which is still mostly produced by smallholders – is struggling to keep pace with the country’s increasingly urbanised population.

Until the turn of the millennium China was generally self-sufficient in overall food terms. In 2001, China became a significant net importer of agricultural products, particularly soybeans.

Twelve years on and China now purchases 65 per cent of all internationally seaborne traded beans. More recently China’s grain self-sufficiency dropped below 90 per cent. This is also a result of weather events and high domestic prices – compared to international benchmarks – which make imports more competitive.

Together with increased environmental protection, this signals that China’s leadership is fine-tuning the concept of self-sufficiency, which has historically focused on grain independence. The result is a more pragmatic and sustainable view of self-sufficiency that leverages the benefits from trade.

Small shifts towards greater reliance on food imports will have sizable implications for global food markets. Put another way, ripples emanating from China can appear like a tsumani overseas. That’s because China’s total demand is vast relative to the size of some globally traded markets. Wheat provides a relevant example. According to the United States Department of Agriculture (USDA), China consumes 126 million metric tonne of wheat. With 2013 production forecast at 118 million MT, the gap represents one-third of Australia’s total production. Moreover, China produces 17 times more course grain, 142 times more pork and 314 more vegetables than Australia3. The numbers are quite staggering.

While merchandise trade will benefit, so too will service and investment flows. Fast and more sustainable growth will emanate from urban areas, leaving rural areas to produce more food. This should happen on a broader scale than in the past.

With deep experience and a best-in-class reputation for efficient large-scale agribusiness, Australia could play a significant role in helping China manage the “red-line” of 120 million hectares of arable land that underpins overall food security.

Increasingly, we are seeing Australians – in addition to players from other nations – forming on-shore partnerships or Wholly Foreign-Owned Enterprises (WFOEs) in upstream production. China’s dairy industry provides a great example of where foreign know-how combined with local knowledge has propelled the industry. Similar opportunities are also apparent in animal protein (particularly beef), horticulture (China grows half of the world’s vegetables) and branded foods.

Another significant revelation is that China has loosened its decades-long one-child policy. This allows couples to have two children if one is an only child. Previously, both parents were required to be. This is an important and necessary step to address demographic issues regarding ageing population and gender skew given the cultural preference for boys (in 2010 there were 118 male newborns to every 100 females).

Companies producing infant formula are already benefitting on the expectation of demand increases. One leading international player registered a 7 per cent gain in share price in the days preceding the Plenum. This will also continue to underpin China’s insatiable demand for dairy products – spurred on by buoyant consumption growth and significant supply-side issues.

The challenge for producers in Australia (and New Zealand) is that global milk production costs among dairy exporters continue to converge on the back of cost increases amongst low-cost producers. Going forward, efficiency gains are critical for Antipodean producers to retain their international supply curve advantage.

Over the last decade Australia and China have been inextricably linked – with demand for natural resources at the forefront. As we move from the mining boom to the “dining boom” the future continues to look bright – especially for agribusiness. 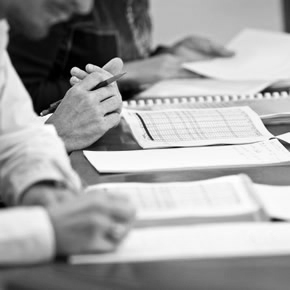 The Advisory group works with NAB’s industry and product teams to provide strategic and analytical insights. Our teams have specific areas of expertise to offer a wide scope of capabilities across capital structuring, financial strategy, transaction execution, advisory and risk management.